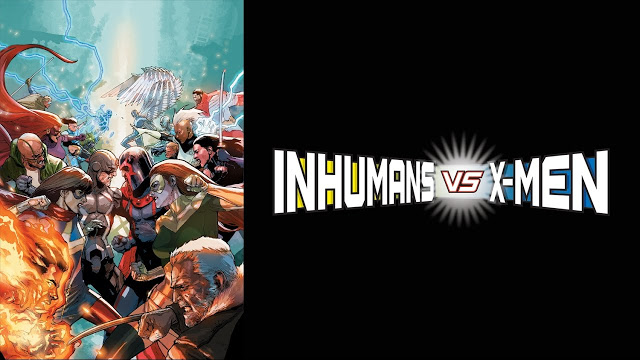 The War Rages On! Presenting a Special Trailer for INHUMANS VS. X-MEN!
Superpowered Races Clash in All Out War!

The war between Mutantkind and Inhumanity heats up and is taking the comics industry by storm! The blockbuster Inhumans vs. X-Men event is just past the halfway point, and you haven’t seen anything yet! Marvel has shared with Comic Frontline a special trailer for the action packed series, hot off the heels of INHUMANS VS. X-MEN #3 – on sale now!

Superstar writers Jeff Lemire and Charles Soule team with fan-favorite artist Leinil Yu and rising star artist Javier Garrón to bring you explosive action as these two Marvel mainstays collide! Terrigen Mists roll across the globe, birthing new Inhumans, while poisoning the planet’s mutants. Neither group can survive while the other persists. It’s win now – or go extinct! The X-Men have acted swiftly, neutralizing key Inhuman targets. Only the Inhumans won’t go down without a fight! Who will be left standing? The ultimate war for survival rages on!