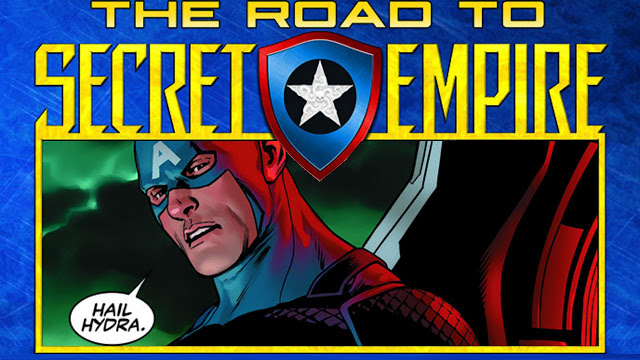 Get Caught Up With The SECRET EMPIRE PRELUDE Collection!
UNITED WE STAND!

The dominoes of Hydra’s master plan are about to be set into motion. Before the explosive debut of Marvel’s upcoming epic Secret Empire, now is your chance to get caught up on everything you need to know! Marvel has announced the SECRET EMPIRE PRELUDE TPB – a new collected edition available this April! Full of edge-of-your-seat thrills, The Secret Empire Prelude TPB is specially designed to get fans everywhere caught up just in time for Secret Empire!

Captain America, due to the manipulations of the Red Skull, is secretly a true believer in the cause of Hydra and has turned his back on the Super Hero community. Using the trust and respect he has gained over the years he has ascended to a position where he can strike without warning. Should they hope for any chance of victory, the entire Marvel Universe must band together as never before. UNITED THEY STAND against their common foe – the Avengers, the Defenders, the Champions, the X-Men, and more must hold together. Yet even they may not be enough! 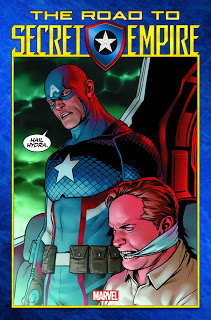 Before the can’t-miss first issue of Secret Empire, experience for the first time or relive the moments that led to this shocking turn of events! Steve Rogers sacrifices all to defeat the Iron Nail! Falcon takes over as the high-flying Sentinel of Liberty! A Standoff in the shadowy town of Pleasant Hill rejuvenates Steve Rogers…but at what cost? And finally, relive the twist ending that sent shockwaves reverberating across the world. Captain America is secretly…a Hydra operative?!