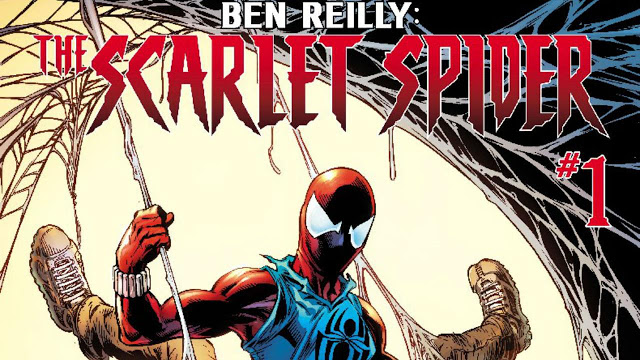 Ben Reilly Swings Back To His Classic Costume!

Last month we reported on that one of the most controversial characters in Marvel history returns to don the mask (and hoodie!) once more this April when. Marvel announced BEN REILLY: THE SCARLET SPIDER #1.  The new series coming to your friendly neighborhood from New York Times Bestselling creators Peter David (Amazing Spider-Man, Spider-Man 2099) and Mark Bagley (Ultimate Spider-Man, All-New X-Men)! The new suit was not met with a lot of criticism from fans and critics alike. Now Marvel seems to me swinging back to his classic look! 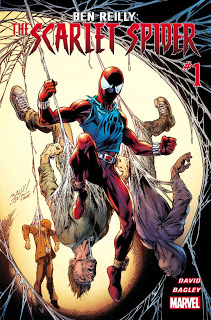 Marvel says this costume change isn’t back-tracking, but is a story-driven change leading Ben Reilly back to the classic hoodie by the time the first arc is complete. To mark the return, Mark Bagley has redrawn the originally-released cover to #1. Now the only question that still remains is – will it he be a hero…or a villain? Check out the covers and solicitation for BEN REILLY: THE SCARLET SPIDER #1 below.

One of the most controversial characters in comics has returned — and the controversy has only BEGUN! In the aftermath of THE CLONE CONSPIRACY, Ben has a new take on life…and he’s not the same Scarlet Spider he was before. Come witness what will be the most talked about comic of the year!