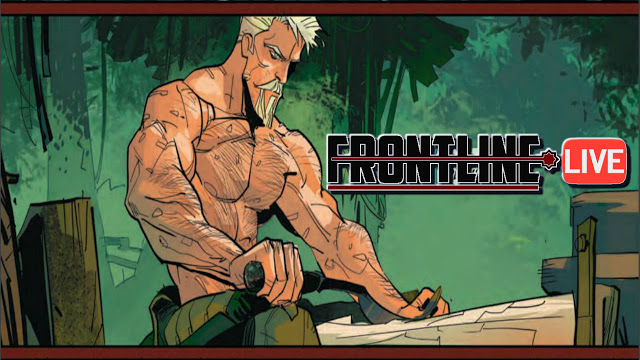 Every week the Comic Frontline crew unites to do a LIVE Show through Google Hangouts where we discuss the news and comics of the week and have some fun while doing it! This week the crew are down by one and discuss: DC gets Looney, Peter Parker is Spectacular, The Lazarus Contract, Valiant heads to High School, Secret Empire, Generations, Scarlet Spider Swings back to classic suit, Teen Titans: Judas Contract Trailer, and more! Plus Worst Pick, and The Top 5 comics of this week, Most Anticipated 3 comics for next week, let your voice be heard in our weekly poll and more!

Weekly Poll: (Results Will Be Read After The News On Frontline LIVE 141!)

Let us know in the comments what you think of this Frontline LIVE episode and don’t forget to follow us on Twitter for the latest Previews, Reviews, News and Interviews!