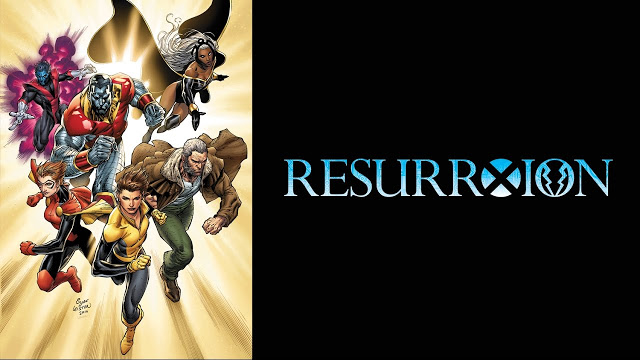 A bright new tomorrow is coming for the Children of the Atom as the X-Men race full speed into ResurrXion! Marvel has released its first trailer timed with the upcoming release of all-new X-titles – X-MEN GOLD, X-MEN BLUE, GENERATION X, WEAPON X, ICEMAN, JEAN GREY, CABLE, OLD MAN LOGAN, ALL-NEW WOLVERINE and ASTONISHING X-MEN! Launching this spring in your local comic shop, these new, ongoing series bring fans a new beginning for these merry mutants – one that is sure to please fans old and new! You asked for it, you got it! The ResurrXion of the X-Men is here!

This is just the beginning! The future of the X-Men is bright, and it’s all beginning this spring as part of Marvel’s ResurrXion bringing you a brand-new line of X-Men titles. Be there when it all kicks off in April when both X-MEN GOLD #1 and X-MEN BLUE #1 come to comic shops and digital devices everywhere! For more information on Marvel’s ResurrXion, visit Marvel.

In the wake of war with the Inhumans, the X-Men regroup for a new era of action and excitement! Experience the next bold chapter in the saga of Marvel’s mutant heroes and it all begins this spring in your local comic book shop.