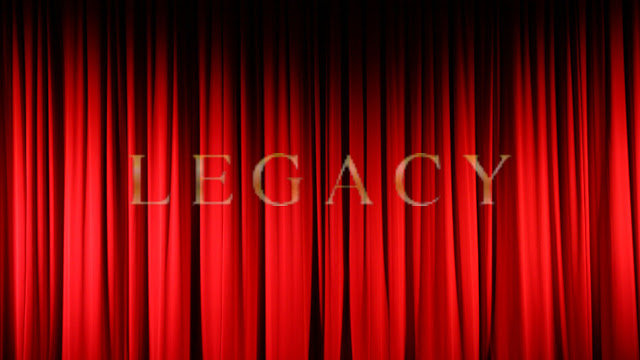 Marvel announced today at Chicago Comic & Entertainment Expo (C2E2), Marvel Legacy which kicks off this fall in Marvel Legacy #1, a 50-page one-shot written by Jason Aaron (Doctor Strange, Star Wars) and illustrated by Esad Ribic (Gamora, Secret Wars). Marvel Legacy #1 promises to “set the stage for the next chapter of the Marvel Universe with hope, heroism, heart and the Earth-shattering return of a beloved Marvel mainstay.”

“That story functions as a preview of what’s to come. It’s chocked full of twists, surprises, Easter eggs, and let’s just say, a last-page reveal that’s probably gonna break the internet. It’s a big moment, something we continually get asked about. We are going to answer that question.”

That’s how Alonso describes Legacy, a new initiative that will take things back to the comic book company’s iconic history, all while keeping an eye on the future. It all begins this fall with Marvel Legacy #1 that features a special, 4-panel, fold-out cover by Marvel Chief Creative Officer Joe Quesada.
Marvel Legacy will be loaded with Easter eggs — hidden nods to longtime fans — are at the core of what Legacy is attempting to do, Alonso said. Legacy will be exciting for new fans, while also paying off in a different way for longtime fans.

“With Legacy, we want to tell stories that are accessible to all, but remind readers of Marvel’s rich history. To drive that point home, a number of our titles will return to their original series numbering, and our stories will invoke that history, reminding readers of connections between characters they may have forgotten about, and ushering in the return of some big characters who’ve been missed. Above all else, we want to inject our comics with a massive dose of fun.”

“I think ‘Legacy’ will also prove that absence does indeed make the heart grow fonder.”

Legacy also promises to finally answer some of fans’ questions about their beloved characters, including if the universe is big enough for Miles Morales and Peter Parker to both be Spider-Man. The same will be answered about whether Riri Williams and Tony Stark can both be Iron Man.
The key here though, Alonso said, is that there are no old characters or new characters, there are just Marvel superheroes.
Legacy will follow not ignore Secret Empire, Marvel‘s current event that finds the heroes finding out
what we have known for months — that Captain America is actually a Hydra agent. Alonso said that series will be a rallying cry and unifying factor for the heroes before Legacy.

“None of Legacy hinges on the death of a major character at all. A lot of this may hinge on some resurrections. If there ever were a time to bring back characters, it would be during the Legacy era.”

-Axel Alonso, Editor -In-Chief
The series will span the entire universe and touch on the “glory days” of characters like Odinson, Squirrel Girl, Spider-Man, the Avengers, America Chavez, Iron Man, Moon Knight, the Guardians of the Galaxy, Captain Marvel, Luke Cage, the X-Men and many others.
The aesthetic of “Legacy” will be a trip for longtime fans as well, with little vestiges from the past like the cover value stamp and corner box art that Marvel used years ago.

“We are going to remind generations about that history.”

“The Marvel Legacy initiative is a celebration of everything that makes Marvel the best in fiction, and it’s a signifier of a new era for Marvel Comics. It’s a loving look at the heart of Marvel as we embrace our roots and move enthusiastically forward with all the Marvel characters you know and love starring in the biggest, boldest, best Marvel stories. All of which kicks off with the giant Marvel Legacy special.”

– Joe Quesada, Chief Creative Officer
The initiative will also see titles resume their original numbering and will be marked with special trade dress and cover treatments. In addition as part of the Legacy initiative, the publisher is also bringing back such classics as the Marvel Value Stamp, the 1970s fan magazine FOOM, and cover corner-box art, which recently made a come back for the X-Men titles in ResurrXion.
To find a comic shop near you, visit Comic Shop Locator or call 1-888-comicbook.
For comics anytime, anywhere check out Marvel Comic Store and Marvel Mobile
Follow & Like On Twitter, Facebook, Google +, YouTube, Pintrest, & Tumblr