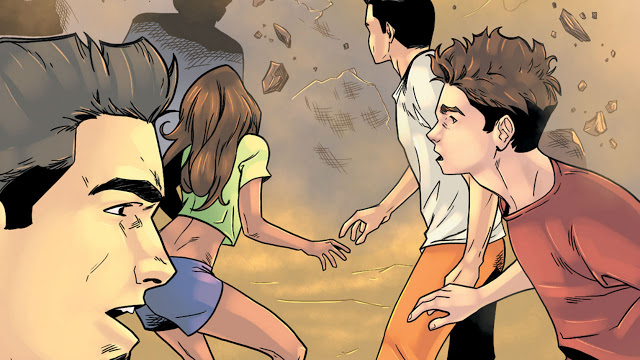 Last Ember Press (LEP) is rocketing their new imprint 529 Studio to you this June with their first Super Hero comic CELESTIAL FALCON #1! Yes it’s a strange visitor from above with powers and abilities far beyond those of mortal teens. Celestial Falcon, who disguised as Chris Ventura, an average teen in New York along with his friends finds themselves fighting for truth, justice, and hope. CELESTIAL FALCON is the newest book from LEP and is written by Chris DiBuduo & Brant Fowler (The Last Ember, Singularity: Rise of the Posthumans) with art by Lucas Santos & Lisa Moore (Faerie Stories, Garfield) laying the foundations for bold new universe!

All his life, Chris felt like something didn’t fit, like there was something more to his life, and he was right. An epic journey unfolds that has implications on the entire world. Now it’s up to Chris and his group of friends to defend the world against a great darkness that looms in the shadows.

Let us know in the comments what you think of this Last Ember Press Announcement and don’t forget to follow us on Twitter for the latest Previews, Reviews, News and Interviews!
All images images are courtesy of Last Ember Press