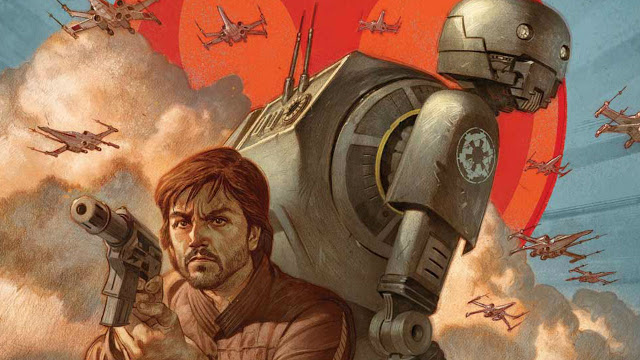 This Is The Droid You’re Looking For: Announcing
STAR WARS: ROGUE ONE – CASSIAN & K-2SO SPECIAL #1!
Duane Swierczynski and Fernando Blanco bring you the epic adventures of
Cassian Andor and K-2SO
Cassian Andor and his reprogrammed Imperial security droid K-2SO have a partnership that rivals the closeness of Luke Skywalker and R2-D2. But like all great stories, that wasn’t always the case. So how did the great partnership of human and droid come to be? This August, find out the real history between the two characters when Marvel releases STAR WARS: ROGUE ONE – CASSIAN & K-2SO SPECIAL #1, written by acclaimed author Duane Swierczynski (Cable, Punisher: Frank Castle) with art by Fernando Blanco (Marvel Zombies, Thunderbolts). 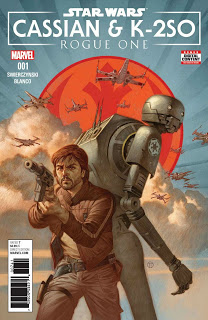 Despite fighting to protect the galaxy, Cassian Andor and K-2SO haven’t always been on the same side of the Galactic Civil War – and readers will find out why in this new story, which includes the two characters meeting each other for the very first time!

“When I first heard about ROGUE ONE, I was thrilled. A heist movie set in the Star Wars universe? Are you kidding? Never in my wildest dreams did I think I’d be invited to tell a small piece of that story. And it was even cooler that I was asked to write about the first meeting of Cassian and K-2SO — easily my two favorite characters in the movie. What can I say? I love bad-asses and robots.”

Without spoiling anything, we can confirm that this IS the droid you are looking for this August, when Marvel releases STAR WARS: ROGUE ONE – CASSIAN & K-2SO SPECIAL #1, available wherever comics are sold this August!
STAR WARS: ROGUE ONE – CASSIAN & K-2SO SPECIAL #1
Written By: DUANE SWIERCZYNSKI
Art By: FERNANDO BLANCO
Cover By: JULIAN TOTINO TEDESCO
Variant Cover By: CHRIS SAMNEE
JTS Exclusive Variant Cover: ALSO AVAILABLE
FOC – 07/17/17, On-Sale – 08/09/17
To find a comic shop near you, visit Comic Shop Locator or call 1-888-comicbook.
For comics anytime, anywhere check out Marvel Comic Store and Marvel Mobile
Follow & Like On Twitter, Facebook, Google +, YouTube, Pintrest, & Tumblr