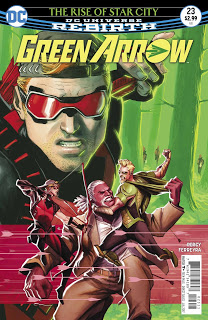 Alright internet, I just got caught up on Green Arrow because I somehow forgot about it’s whole twice a month publication ‘thing’ that it has. My God, the drama. It’s as if I just tuned into a telenovela. Now while that might sound like a bad thing I have to admit, it’s kind of amazing because of it. Both issue 22 and 23 have ended with such dramatic shots that even though I did laugh out loud, I also went ”Oh shit” when I was done laughing.
One of the things I did love about the past two issues is the fact Emi and Roy are currently apart of Team Arrow again. Oliver really needs this kind of ”support” system. It also balances him out more because it’s not just him, Diggle and Dinah. Which is by far one of my favorite team up’s for Ollie to have but he also needs Roy and Emi. They both balance him out in different ways and as Emi mentioned to Roy ”To give him credit, he learns from his mistakes. Screwing things up and then apologizing for them is kind of his jam.” Also high five to the writers for keeping the Roy/Cheshire romance
”None of us would be alive right now if not for Black Canary.” 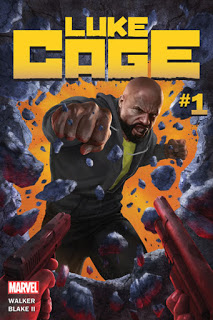 I’ll be honest, I forgot this comic was becoming a ‘thing’ and got pleasantly surprised when Kat told me to read it. Thanks to Netflix and various other Marvel comics, I’ve become a fan of Luke Cage. He’s such a fun character and I’ve had a blast reading Power-Man and Iron Fist. This comic however is SO GOOD in totally different way. It’s so much better than I expected it to be. I meant to read that Cage short awhile back but didn’t get around to it. This one however is totally going to be on my on-going and nearly never ending list of series I’m reading.

I love, love, love, that the comic opened up with Luke saving a girl and bantering with the bad-guy. It was a fun panel sequence/narration combination that is a perfect introduction to Luke as a character for new readers. It’s a clean and simple ”Here’s Luke Cage, he’s amazing, you are welcome.”  This was a great start to a series that I hope lasts as long as Power-Man and Iron Fist. I want to be re-reading this for a minimum of one year. I want to be able to be reading and more importantly, reviewing, this comic for as long as the power’s that be in Marvel let me enjoy this beautiful and smart series. Give me more Luke Cage ASAP. The wait for next months issue 2 is going to be a killer. It’ll also be a cool way to wrap up June but I digress. I’m eager for more!


”I can tell by the masks that you’re bad guys. Nice touch. Almost intimdating. But the minivan ruins the effect.” 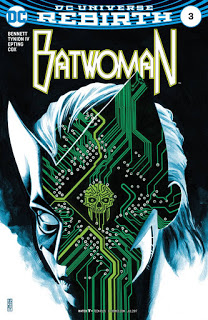 Man I’m so worried for Kate. She’s just one of those characters where I know I don’t have to ”worry” about her being able to handle herself but I can’t help but worry. Her past is filled with people that want to kill her, as this series shows us almost all of them, and yet, I know she’ll be just fine in the end. Okay, she’ll have some new physical and emotional scars under her belt but she’ll be alright in the end. At least I hope so.

I love the setting of this series,  It’s written so well and gives me such fun visuals to match the equally as fun and dramatic banter. Kate and Co are a fun bundle of characters to read. They must be a blast to write and maneuver as writers/artists.  I am curious as to how this story is going to go on from here since this issue ended with the explosion in the process of happening. I hate having to wait to get more but I know, like the Luke Cage series, it’ll be totally worth the agonizing wait.

”Batman would never have helped make you.” 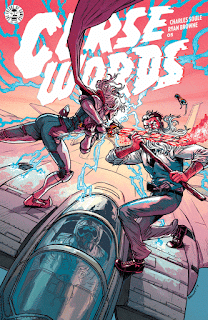 I’m so happy this series exists. It’s such a fun and fast paced comic each and every time. I have to appreciate that since a lot of stories tend to lose that fun and well written style far too many times so its nice to have this series in my pull. Wizord is a lovely character, Ruby’s just as much fun and I can’t forget about Margaret.

This series has such a fun range of characters to play with like Bat Woman does. This one however manages to be both brighter in the literal sense and darker with what’s being played with aka Wizord’s life and all of humanity. Wizord fills me with glee though because he’s growing! He’s grown so much since issue one it’s insane! I can’t freaking wait to see how Wizord and Ruby handle the new life that’s about to take place for the two of them.

One thing I am probably the most excited about is seeing how Ruby adjusts to our world and how/when Sizzajee comes into the picture. He’s got to come to our world eventually but first, all the bad-ass assassins. 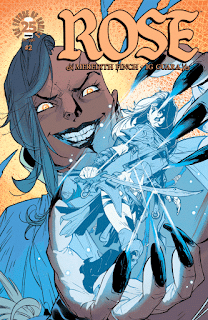 This comic made me feel like I stepped into medieval times and my leader is a busty teenager named Rose. This was a cool comic, cute in a weird way that I’m not really sure how I feel about it just yet. Maybe next month I’ll enjoy it more as a whole because right now the thing that I enjoy most isn’t the magick but the art and it’s coloring.

Rose is a cute kid, I wish I knew how old she was exactly but that’s just me being nit-picky. I like Will and the rest of the gang of rebels that Rose met in issue 1. It’s an interesting gang of people and I’m already 90% sure that both Will and Ila will die. Horribly so to save Rose. Or by accident in one of those they were just in the wrong place at the wrong time sort of deaths. Or, you know slow torture death while Rose develops her powers to save them while somehow getting wrapped up with the Guardian’s.

”Stand aside or die, human.”
”Sorry. I’m not good with either of those options.”
”Death, than.” 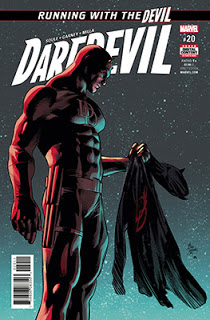 One of the things I love most about this whole Purple story-arch is how it finally filled in some gaps in the story. This past arch has explained a lot to me and made me happy with the results.

I appreciate the fact that the reveal about how no one remembered Matt was Daredevil wasn’t reveled up until this Purple story-arch, Matt had other shit to deal with. It’s not that this story wasn’t important, it was, and it was a fun read for me, but I’m happy he dealt with Tenfingers, training , and all of that drama first. Matt always has a lot on his plate, he’s just one of those guys who keeps on taking on the world and than wondering why it’s all gone to shit. Now while it’s annoying to deal with those people in real life who are trying to juggle more than they can handle, Matt’s a fictional character I love dearly so I enjoy watching deal with it all. He just does it so well, and when he doesn’t, he owns up for it eventually. And he always ownes his mistakes a helluva lot faster than people tend to in real life.

Nevertheless, one thing I thought was intriguing is the fact this issue left it open for the Purple children to come back and for Kirsten as well. It’ll be interesting to see when they all come back into play. I feel in a few issues, possibly two to five, they’ll all be back in Matt’s life and things will get even more complicated. 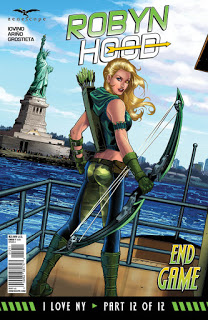 So um that felt kind anti-climactic for a twelve issue story-line. Don’t get me wrong, I loved this run, Robyn’s growth was fantastic throughout all of these issues, but the big bad fight after her previous big bad fight, didn’t really hold up to what I thought I’d be getting this issue.  I was expecting a bit more of a fight not another villain swooping in to drop a tarot card in with Robyn all apocalyptic on the poor girl.  It will be interesting though to see how Robyn adjusts to her life more after this story-arch. She’s been through so much and now she’s finding out her normal life style, her destiny is kaput. Only time, and the writing, will tell if Robyn will be any different from this than she was when this story-arch started.

One thing I did love about this issue was Robyn’s adamant attitude on dealing with everything on her own. I also got happy over everyone coming together to help her rebuild the apartment. It was a sweet last page and I’m excited for the TAROT short.

”I’m a New Yorker girl. Getting back up is what we do!’

My rankings for the week;
Mimi Schweid Related Links!