Marvel Comics Spins a Dark Web Across Dimensions this September with VENOMVERSE!
Venom, the Lethal Protector, defends the multiverse in an all-new series this fall
The tendrils of the symbiote are about to ensnare the entire multiverse to combat an all-new foe that has Venom terrified for his very existence. This September, Cullen Bunn (X-Men Blue, Darth Maul) and Iban Coello (Venom, Deadpool & The Mercs for Money) craft the epic VENOMVERSE! 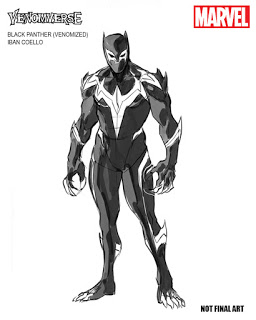 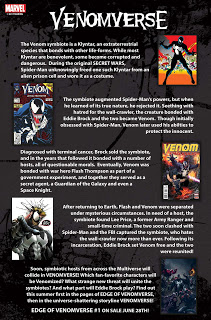 On a routine battle Venom finds himself transported to a far-off world and learns a terrible truth – a deadly new species has emerged from the vastness of space, and to make matters worse, they’re hunting Venoms! Trapped on the planet’s surface with a ragtag band of Venomized heroes, Eddie has no choice but to mount a counteroffensive and hope to find a way home! 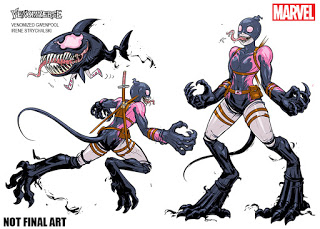 What is the new apex predator species called the Poisons and what is their terrifying connection with the Venom symbiote? 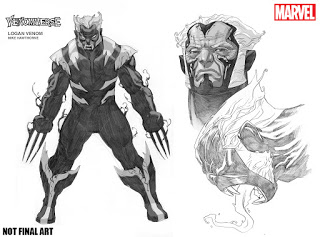 The Poisons have now enacted a plan to consume and feed across universes and Venom is first on the menu.

“When a Poison attacks a symbiote, they form an unstoppable one-sided union that the Venom wants no part of. And in order to find as many suitable symbiotes as possible, they are making their way across the multiverse in a quest for insatiable power.”

Beginning this September VENOMVERSE ensnares the entire Marvel Universe! And be sure to pick up the essential Edge of Venomverse  – a bombastic new 6-issue series featuring your favorite characters and creators as they prepare for VENOMVERSE this September available wherever Marvel Comics are sold!
VENOMVERSE #1 (of 5)
Written By: CULLEN BUNN
Penciled By: IBAN COELLO
Cover By: NICK BRADSHAW
Interlocking Variant Covers By: CLAYTON CRAIN
To find a comic shop near you, visit Comic Shop Locator or call 1-888-comicbook.
For comics anytime, anywhere check out Marvel Comic Store and Marvel Mobile
Follow & Like On Twitter, Facebook, Google +, YouTube, Pintrest, & Tumblr