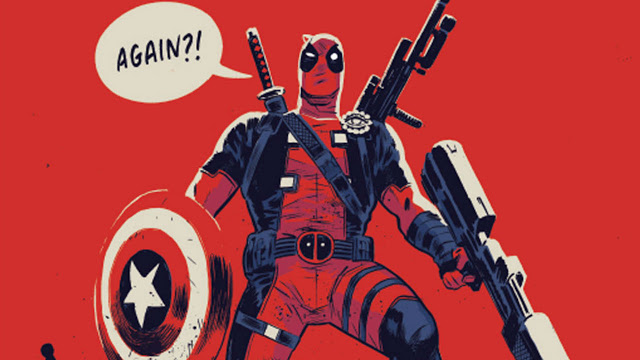 “This is not a sequel to the original story. This is an all new murderous rampage. The Marvel Universe has changed a great deal since the first series. So, of course, Deadpool had to up his game and change his tactics.”

“Deadpool is pulling out all the stops on this killing spree. In the second issue of the original series, he killed Spider-Man. In the second issue of this series, he goes after the entire Spider-Man family. And that’s not all. Good ol’ Wade is approaching these kills in all new ways, and he’s going after huge targets. How does Deadpool kill an entire pantheon of mythic beings? You’ll find out in the first issue. And that’s just the beginning of the carnage.” 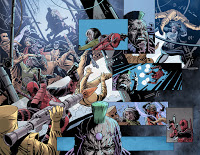 Of course, if you’re Wade Wilson, it doesn’t mean things are going to be easy – especially when you’re on a mission to kill the X-Men, the Avengers, Gwenpool, Spider-Man, and more! You’re not going to want to miss this all-new five-issue series, Deadpool Kills The Marvel Universe Again, hitting comic shops this July!
Deadpool Kills The Marvel Universe AGAIN #1 (of 5) (MAY17089)
Written By: CULLEN BUNN
Art By: DALIBOR TALAJIC
Cover By: DAVE JOHNSON
Variant Cover By: JAY FOSGITT (MAY170822)
Variant Cover By: PEPE LARRAZ (MAY170821)
Variant Cover By: MICHAEL WALSH (MAY170820)
FOC – 06/12/17, On-Sale – 07/18/17
To find a comic shop near you, visit Comic Shop Locator or call 1-888-comicbook.
For comics anytime, anywhere check out Marvel Comic Store and Marvel Mobile
Follow & Like On Twitter, Facebook, Google +, YouTube, Pintrest, & Tumblr