Friday The 13th The Game shows a lot of potential and when you actually get to play a game as Jason or a Councilor it’s a lot of fun. However constant glitches, bugs, server drops, and all around issues hold this game back from reaching it’s full potential. It may be a ton of fun but I’m not quite sure it’s there yet…especially for it’s asking price and the frustration that comes with actually getting into a game. 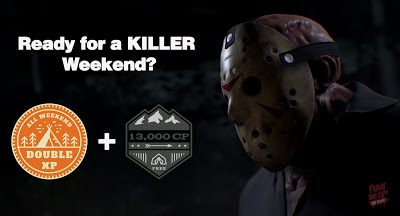 I wish I could say this double XP weekend has been a wonderful pleasure and I had a blast playing Friday The 13th The Game nonstop for two days, sadly…I can’t. First I wish I could say I actually PLAYED it! Most of the times lobbies or server connections would kick me out of lobbies…it would take several attempts or a full game restart to get into a lobby and that would only last a game or two before I’d have to repeat the process. Games would abruptly drop, which means if the game wasn’t over yet you only get a small amount of points (if at all sometimes I wouldn’t get any) after spending around ten to twenty minutes in said game. Second when I and my friends finally DID get into a game and started having fun people would be spamming the roof glitch to prevent being killed by Jason forcing people that have escape or been killed by Jason to be forced to sit and wait out the rest of the twenty minutes until the match was over…and again leaving the game means earning little to no points so you are FORCED to wait or sacrifice your points.

At the time I’m writing this it’s Sunday at around 4PM and I’ve been trying for little over THIRTY MINUTES to GET into a lobby to play and today I can’t even find a game I was waiting TWENTY minutes to get into a room with JUST me in it. If this game plays best on PC this game NEEDED to be a PC exclusive, or at least released later for consoles. I watched many people on PC stream this game still with issues but they find rooms and people to play with, ON MIC, which is another issue in and of itself on consoles leading to cheating and/or just no team communication. From what I hear X-Box is getting the worst of it out of all 3 platforms and I truly feel bad for my friends on X-Box. If I’m getting frustrated with the game on PS4 they must be livid on X-Box. I say if you can’t handle consoles you should refund everyone that paid a whopping FORTY DOLLARS for you game and either be PC exclusive or promise to come back later when all the bugs are out of your game. I truly feel like I’m playing a game in its BETA stage at times. Since the patch the PS4 has been running WORSE than it was before. 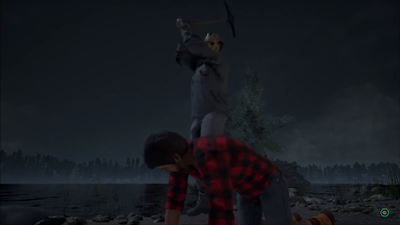 So your double XP weekend basically was a disappointment and bust for me. I truly do hope the developers fix the game because it has a HUGE potential and this summer new games are pretty scarce so you have the potential spotlight right now. I feel like if these problems are not dealt with come September or even mid August this game will fall into sea of millions of other games and be over shadowed and over looked for newer games. For forty dollars I could NOT recommend this game…even for twenty right now I would say wait. If this game didn’t have the many issues it still continues to have it would be an absolute buy at forty dollars but to pay twenty less than normal price for this clearly unfinished, unready, and super buggy game I truly feel like we paid WAY too much. 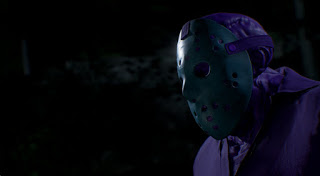 Don’t get me wrong I REALLY want to like Friday The 13th, I REALLY do! There are just TOO many negatives to this game right now. The whole point to the extra skins for both Jason and councilors along with the 13,000 CP and double XP weekend was the developer’s way of saying sorry for all the issues in the game and that they were working and had already patched some problems. I TRULY don’t see the fixes at all. I’ve check their twitter and it’s not just me having issues TONS of people are having issues and thing have gotten much worse since the “patch”.

I do hope they fix this game and it reaches its full true potential, if so this would be a 4 out of 5 star game. However my rating for this game at this time is a weak 2 out of 5 stars. The game has potential but its constant internet drops, glitches, and issues make this game play like a beta level game AT BEST. Just to note there is a promise of a single player campaign FREE update coming in the future along with more patches and fixes. So the potential for that 2 to change to a 4 is pretty high…it’s just not there yet.

RATING: 2 out of 5 Stars (at current state of the game)