This year marks the first ever Ghost City Comics Competition! This contest was made in the hopes of providing indie comic creators with a new outlet to show their work to the world, have it read and reviewed by industry professionals and receive prizes.

I will be one of the people judging the top ten finalists in the competition. As a representative of the comic book publisher Action Lab Entertainment, I will also be providing feedback to the winners and runners up. They have several special guests, including Jason Aaron (Star Wars, Southern Bastards, Scalped) and Sanford Greene (Powerman & Iron Fist, Runaways, Uncanny Avengers). Other judges include Nikos Koutsis (Mighty Man, Invincible, Angry Birds Transformers), Meredith Finch (Wonder Woman, Grimm Fairy Tales, Rose) and many other illustrious members of the comic book industry. They’ve also amassed several sponsors, including Action Lab Entertainment, Print Ninja, Alterna Comics, Comic Bastards and Comicraft. 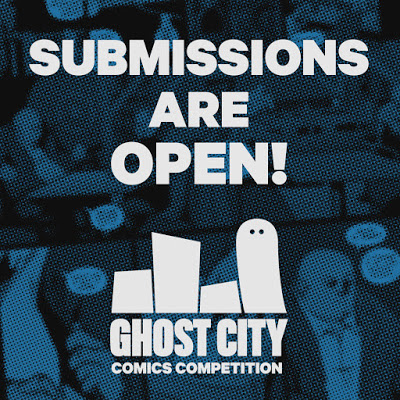 Winners will received cash awards as well as feedback from Action Lab Entertainment and Vault Comics, plus reviews from Comic Bastards and Outright Geekery and be featured on a podcast interview from Podcapers.

I spoke with the co-founders of the event, Michael Ruiz-Unger and Tucker Tota (who I previously interviewed in “Kickstart the Week withDark Beach”). They talked about why this competition is so important to them and why it should also be important to you:

Me: What inspired you to create this competition and what are you hoping to achieve with it?

Michael Ruiz-Unger: We simply wanted to create another opportunity for indie creators that wasn’t there. Sure, there are other places where you can submit your comic, but they all seem a bit secretive, old fashioned, and exclusive. We wanted to do away with that and create something that felt more open and transparent but also a place where you can learn more about creating and developing your story/art. That’s the more important side of all this. At the end of the day we want to build a community and help create opportunities for indie comic book creators. 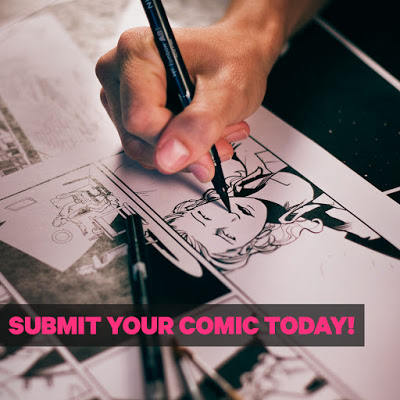 Me: You have four special guest who have written for companies like Marvel, DC and Image Comics. Can you talk a bit about each of them and how they will be involved in the competition?

Tucker Tota: The special guests are professionals in a particular craft: writing, art, coloring, and lettering. They’ll be giving personalized feedback to the winners of the best writing, best art, best color, and best lettering awards. We think getting notes directly from an authority like these people can be super helpful to creators who are honing their craft.

Me: What do you think is the number one thing people should be aware of before submitting their project to your competition?

Ruiz-Unger: Everyone who submits should ask themselves, “Does my comic tell a story?” You can have the best inks, colors, and letters but if it doesn’t have a story then none of that matters. Story above anything else.

Me: You’ve done a few podcast interviews with people involved in the competition. Can you talk a bit about those and some of the major takeaways you’ve gotten from them? Could you also share with us some of the future interviews we can look forward to hearing?

Tota: In today’s internet world, anybody can make and publish comics. So you have to put in a lot of work towards standing out from the crowd: marketing your comic, building your own audience, and not waiting for a publisher to come pluck you out of obscurity. Every guest we’ve interviewed has said some version of that. We’re interviewing a few more people from publishers and review websites, but also some pro writers/artists and people from conventions. 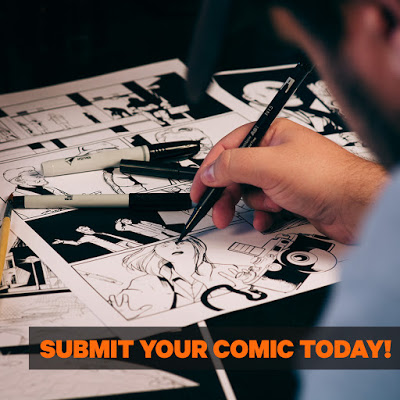 Me: What are some of the categories people can win and how did you decide which categories to choose? If the contest continues in the future, do you foresee adding any additional categories?

Tota: We really wanted to have a graphic novel category, but felt it was too much to take on at first. So hopefully we can add that down the line. We’d also like to do some genre-based competitions, horror, sci-fi, etc.

Me: How has the turnout been so far for the competition? At this point, do you plan on definitely doing it again next year, or is it still too soon to tell?

Ruiz-Unger: The turnout has been amazing! We figured a couple people would submit but we had no expectations greater than that. We’re definitely going to keep it going. We’re even thinking about doing things in between, but for now it’s safe to say there will be a Ghost City Comics Competition 2018.

Me: Best of luck with your submissions guys! If you’re interested in putting your project out there, submit it here.

Ghost City Comics was responsible for my first ever podcast interview, which you should definitely check out if you’re interested in submitting your comic book project to a publisher. Their other podcast episodes include talks with Dustin Cabeal of Comic Bastards and Adrian and Damian Wassel of Vault Comics, with more to come!