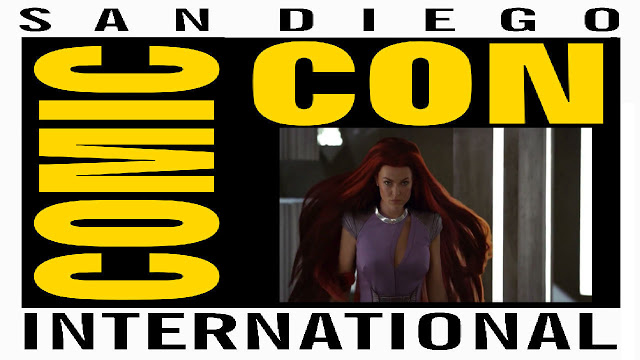 San Diego Comic-Con 2017 has rolled out the red carpet for the Inhuman Royal Family as the cast of Marvel’s Inhumans take on SDCC for the first time! The panel included head of Marvel Television Jeph Loeb, Director Roel Reiné, Executive Producer Scott Buck, Sonya Balmores (Auran), Isabelle Cornish (Crystal), Eme Ikwuakor (Gorgon), Ken Leung (Karnak), Mike Moh (Triton), Anson Mount (Black Bolt), Iwan Rheon (Maximus the Mad), Serinda Swan (Queen Medusa) and introducing Ellen Woglom (Louise) an original character who will be a human. Each of them were gifted with a mini Lockjaw plush, the plushes paled in comparison to the massive one see at the Marvel Booth, which Agent M encouraged attendees to hug during Marvel LIVE!

The panel also introduced an all new original character, Louise played by Ellen Woglom who will be playing a human from Earth with some important knowledge! They also mentioned that Marvel’s Agents of S.H.I.E.L.D. and Marvel’s Inhumans each will impact the others story. A crossover episode between the two shows will eventually happen, so all those years of planting the seeds for the Inhumans in S.H.I.E.L.D. will pay off.

Perhaps the biggest piece from the panel was the new footage. The new footage seems to add more depth to the original trailer and addresses some of the fails of that first trailer. It opens with Triton trying to save a young Inhuman while trying to escape from the military. Other new footage included Gorgon and Karnak in action sequences that displayed their powers and the severity of their scenes, both of which were not to be found in the original trailer. A welcome addition from the comics shows Medusa communicating with Black Bolt using sign language that only they knows and understand. Anson and Serinda worked together to develop the original sign language. Speaking of the Queen, the biggest improvement would have to be the inclusion of Medusa and her moving hair. A big complaint from fans after the release of the first trailer was that Medusa‘s signature living locks was absent, but this new trailer has it on display. Loeb said there are over 600 special effects in the first 2 episodes alone!

Don’t miss Marvel’s Inhumans in IMAX theaters on September 1, 2017, and its TV debut with bonus footage on ABC on September 29, 2017.
To find a comic shop near you, visit Comic Shop Locator or call 1-888-comicbook.
For comics anytime, anywhere check out Marvel Comic Store and Marvel Mobile
Follow & Like On Twitter, Facebook, Google +, YouTube, Pintrest, & Tumblr 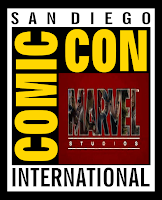