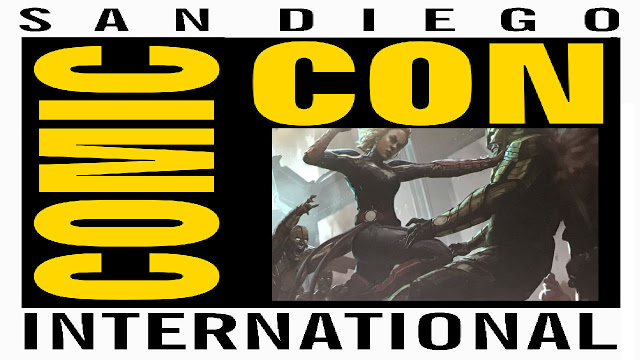 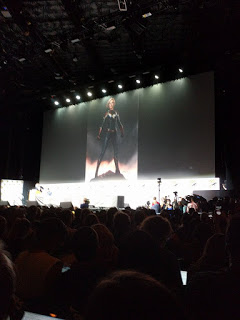 Samuel L. Jackson is confirmed to be returning as Nick Fury for Captain Marvel, but will not be sporting his signature eye patch as some of the movie will be taking place in the 1990s since it will before he lost his eye.  Could this also mean that we will see Carol as Ms. Marvel? 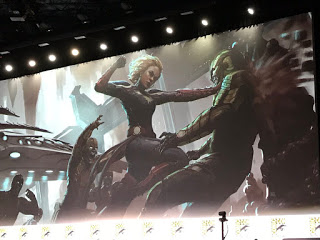 But the biggest news is the reveal of the main villain, the Skrulls. The Skrulls have a long standing connection to the Marvel Universe, but until now has been off limits to Marvel due to FOX owning the rights to Fantastic Four and all related characters. 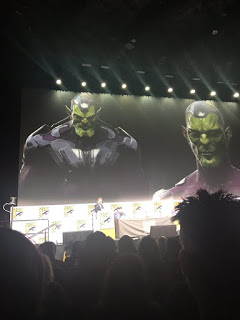 The Chitauri were used in Avengers due to FOX have the movie rights to the Skrulls, but it will appear that is no longer true. Feige stated that the two share custody of the shape-shifting aliens. While it is true that FOX has the rights to certain characters under their deal with Marvel, but like Quicksilver and Scarlet Witch there is a loophole. FOX has the rights to specific characters, they do not have the rights to the entire species. This is why the Watchers appeared in Guardians of the Galaxy Vol 2, but Uatu wasn’t named specifically. So using this loophole, the Skrulls can appear in the MCU but the Super Skrull, or Johnny Storm’s one time love interest Lyja can not be used. The Skrulls concept art seem to honor the original Kirby comics designs. 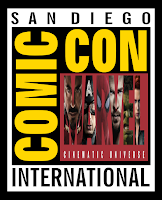