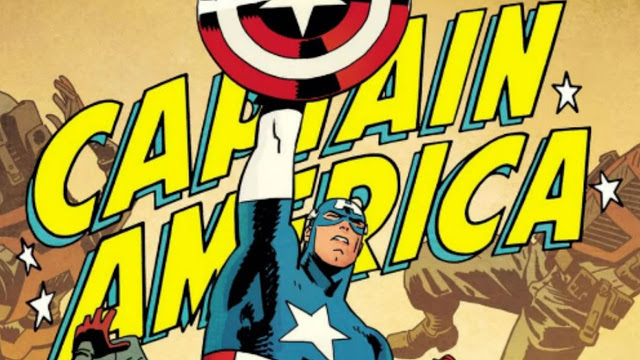 MARVEL LEGACY Announces CAPTAIN AMERICA #695
Featuring a Lenticular Cover and new creative team!
The stage has been set: this fall, MARVEL LEGACY will explode into the Marvel Universe, bringing new stories and new adventures. And no character will be left behind…including Captain America! 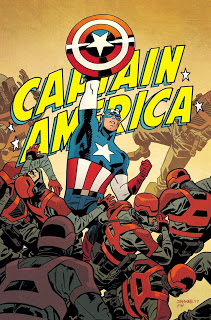 During this year’s San Diego Comic Con International, Marvel revealed its 53rd MARVEL LEGACY title: CAPTAIN AMERICA #695. Superstar creative team Mark Waid and Chris Samnee (Black Widow, Daredevil) will reunite to bring Steve Rogers’ story back to the frontlines in an all new adventure for MARVEL LEGACY – where every story is an event!

Marvel is also excited to unveil the lenticular cover for CAPTAIN AMERICA #695, featuring a homage cover by Alex Ross based on the classic 1968 IRON MAN #126 cover by John Romita Jr. and Bob Layton. 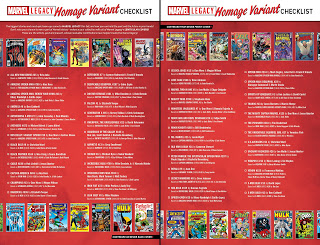 Need more MARVEL LEGACY? Visit Marvel’s hub for all things past, present and future at Marvel Legacy and view creative teams, story arcs, solicits and more. And to help you make sure you collect all of your favorite titles starting this fall, Marvel is excited to provide fans with a checklist that will appear in the interior cover of all lenticular Homage Variants.
Join in the adventure and visit your local comic shop to pick up MARVEL LEGACY titles this fall!
To find a comic shop near you, visit Comic Shop Locator or call 1-888-comicbook.
For comics anytime, anywhere check out Marvel Comic Store and Marvel Mobile
Follow & Like On Twitter, Facebook, Google +, YouTube, Pintrest, & Tumblr