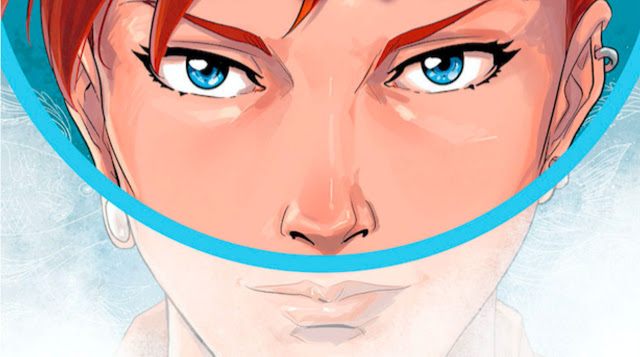 Last year we brought to you a Kickstart the Week(end), where Nicole D’Andria shone the spotlight on Pat Shand and his creator owned Kickstarter project Destiny, NY! We continue the Shand love here with a press release on the newest book from Space Between Us Entertainment, DESTINY, NY Volume 2! That’s right Pat Shand and DESTINY, NY are back! How cool is that? Check below for more information!

Space Between Entertainment is excited to announce that the second volume of flagship title DESTINY, NY has launched on Kickstarter.
After a successful Kickstarter campaign in 2016, Space Between Entertainment released the first volume of Destiny, NY to positive reviews. The series, which focuses on former magical girl Logan McBride attempting to live a normal life in her late twenties, was described by Comicsverse as “the perfect start to a beautiful, powerful series about two magical ladies in love” and by Word of the Nerd as “the queer magical comic of your wildest dreams.” With this second volume, writer and co-creator Pat Shand (Guardians of the Galaxy, Avengers, Vampire Emmy) continues the story of Logan and her girlfriend Lilith, a troubled woman from a broken mystical crime family. 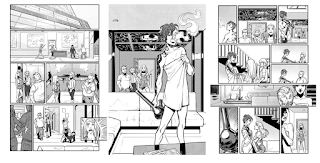 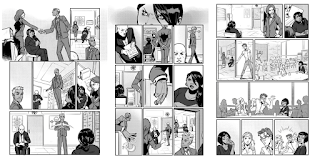 Rosi Kämpe (Extraordinary X-Men, Unknown Lands) joins Destiny, NY as the new series artist, but she isn’t alone. Space Between Entertainment has recruited a list of the industry’s top talents, along with content creators from other media who are entering into the world of comics for the first time. In addition to a 160-page story from Shand and Kämpe, there will be featured short comics by:
The Kickstarter campaign launches today with a goal of $20,000. Space Between Entertainment offers a host of rewards, including:
To find a comic shop near you, visit Comic Shop Locator or call 1-888-comicbook.
For more Pat Shand comics anytime, anywhere check out Pat Shand on Comixology
Follow & Like Pat Shand On Twitter, Facebook, Instagram, Tumblr,
Google+  and Subscribe on YouTube 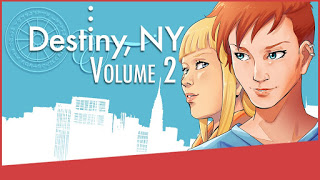 Let us know in the comments what you think of this Pat Shand Destiny, NY Volume 2 Announcement and don’t forget to follow us on Twitter for the latest Previews, Reviews, News and Interviews!
All images images are courtesy of Pat Shand