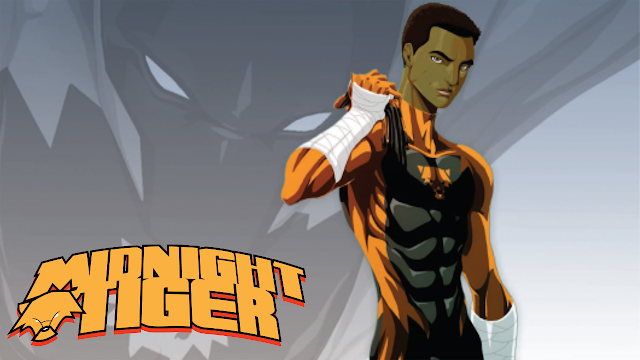 One of my favorite new characters of the past decade is returning with an ongoing series! Ever since Free Comic Book Day 2014, I have been praising Midnight Tiger! To me he is a mix between old school Spider-Man and Static Shock, but the series never made it past issue #2, making it just a 3 issue (#0-#2) mini series. But now the creator and Action Lab have taken to Kickstarter to bring this character to comic shops once again. 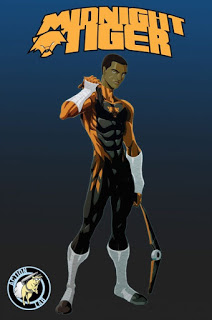 From creator Ray-Anthony Height (X-MEN BLUE/SUPERB) and written by Vito Delsante (STRAY), teenager Gavin Shaw continues his life as a high school student during the day and fights crime at night.

“We have always seen MIDNIGHT TIGER as a cross between Invincible and Spider-Man, so, for me, humor had to be a big part of what I brought in. It’s not something I do for STRAY, because it’s not always appropriate for the character, but Gavin is young, he’s idealistic and he’s not coming from a place of tragedy. He *can* be funny.”

The Kickstarter ends on September 28 and must reach it’s $5000 goal to be successful before then. Help Midnight Tiger‘s adventures continue! Rewards include comics, T-shirts, posters and more.