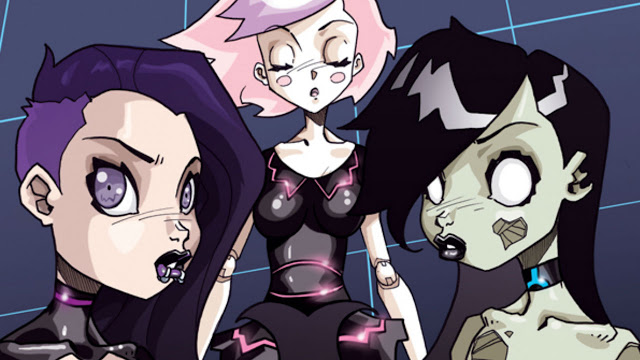 Danger Zone’s three most lethal ladies stormed store shelves this August with a special issue 0 primer, and now their explosive mini-series kicks into full gear with the release of DANGER DOLL SQUAD #1 this October!

“Yes, these books dare to embrace sex appeal, but they damn sure embrace the fun and limitless possibilities of the medium too. We’ve got some of the best artists and creators in the business working month in and month out to bring folks kinky cool comics, and this series is a showcase for all of it! Be sure you see what the fuss is about!!”

Fans of the books will go nuts, new fans will be made, minds may quite possibly blow. It’s do or die, kill or be killed, go all out, take no prisoners, $#!* hit the fan time for the newly formed Danger Doll Squad. Can they handle it? Can you handle it?!

DANGER DOLL SQUAD #1 hits stores on October 4th and has three regular and risque cover variants, as well as a blank sketch cover. You can preorder the book with the following Diamond item codes: