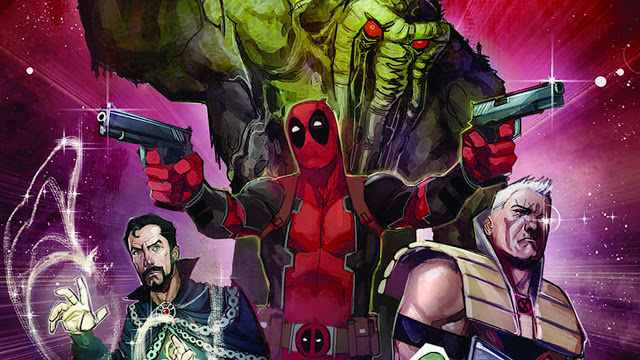 Who Will Be The Next Guardian? Look Closely…
Your First Look At The Cover For All-New Guardians Of The Galaxy #12
Reveals An All-New Teammate!

They’re earth’s mightiest heroes – in space, and beyond! And the Guardians are adding a new member to their team that will make them mightier, as one of Marvel’s best-loved heroes will make the biggest impact when he debuts in ALL-NEW GUARDIANS OF THE GALAXY #12.

The Guardians have been tasked with some wacky and big adventures while doing the Grandmaster’s bidding, which includes stealing from The Collector – and Star-Lord even accidentally destroyed one of his favorite mix-tapes. Now, as they prepare for their Legacy arc THE INFINITY QUEST, they’ll have to team up with the group that has been on their tails – the Nova Corps – as well as one ex-Avenger if they want to keep the universe safe.

“We’re excited to have an Avenger joining the ranks of the Guardians…or is it the Nova Corps? Or both? Oh, you’ll see. Just know, he beat out some stiff competition, as you can tell by that cover of issue #12!” 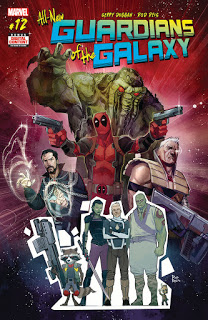 Who exactly is this Avenger? One of the five Marvel superstars on this cover should give you a hint…