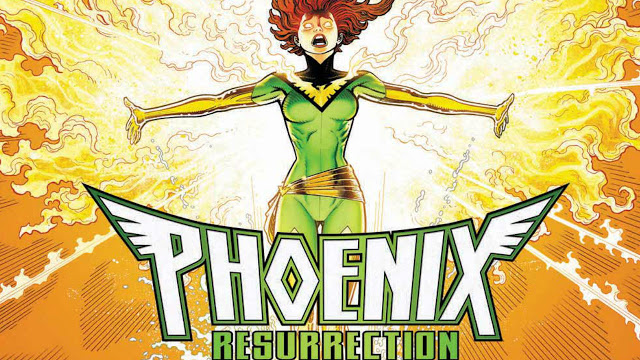 When Jean Grey died heroically in Grant Morrison’s epic run of NEW X-MEN, she left a void among her mutant family – and in the world. For over a decade, the X-Men have lived with the fact that Jean Grey is no longer with them as a team member and a friend – and now, this winter, adult Jean Grey will live again, in a return fans have been demanding for years.

Marvel is excited to announce the official return of adult Jean Grey in PHOENIX RESURRECTION, with a story by newly exclusive writer Matthew Rosenberg (Secret Warriors, Punisher) and art by superstar artist Leinil Yu (Secret Empire). As a true celebration of the character’s power and iconic status, the five-issue epic will also include five blockbuster artists taking on Jean Grey throughout the run, as well as Phoenix Variant covers that will begin in December.

“Matt came to us with a really interesting and unique approach to bringing Jean back. It’s not what we expected, and plays to Matt’s biggest strengths as a storyteller. This is very cool mystery building to a mind-warping climax. And it has plenty of what you’d expect from an X-MEN epic of this magnitude. Action, romance, sacrifice, lots of X-Men and five great artists.”

Strange events are no surprise to the X-Men, but when events start occurring that are more specific and strange than usual, the group is forced to confront the truth: could Jean be alive after all? And how will this Jean Grey deal with a world that is now so different from the one she left years ago?

“It’s such a mind-blowing honor to bring back the original Jean Grey. I’ve been an X-Men fan my whole life and Jean is, in my mind, the true soul of the X-Men. So we aren’t taking this lightly. We’re going for that perfect balance of universe shaking epic and intimate personal drama that only the X-Men ever truly achieve. This is all hands on deck for the X-Men as every available member heads into battle for the soul of their team and maybe even the fate of the Marvel Universe.”

“This is just the beginning. Something this big will leave quite a footprint on the Marvel Universe. Jean will have a startling new role after this, and you’re left wondering, how will the rest of the X-Men respond? What will happen to young Jean Grey?”