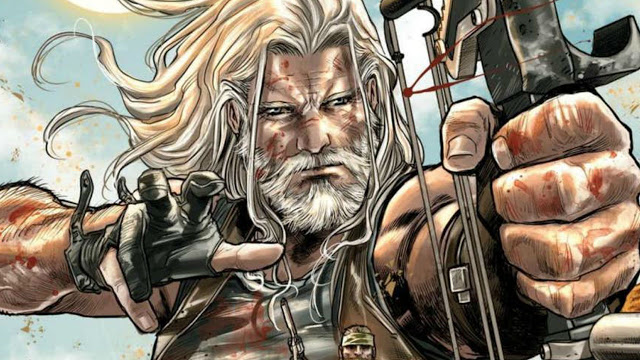 Marvel takes aim at a new 12-issue Maxi Series that revisits the familiar world of Old Man Logan. The new book will actually be a prequel to that series and tell the story of Clint Burton five years before Old Man Logan. Set 45 years in the future, Old Man Hawkeye follows the archer on a journey in a dark world where the Avengers were overthrown by the villains, leaving only a few survivors. The maxi series will be written by longtime New York Daily News reporter Ethan Sacks (Secret Empire: Brave New World) with art by Marco Checchetto (Journey To Star Wars: The Last Jedi – Captain Phasma).

“In this story, he’s losing his vision and that sort of forces him to confront something really horrible that happened to him personally 45 years ago, and go on his own hero’s journey while he still can. It’s very much like a ticking clock that’s forcing him into action.” 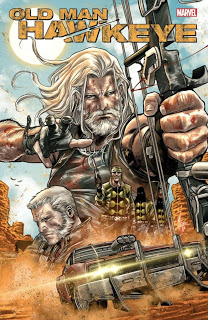 Hawkeye is no stranger to this world as he served as a partner to Old Man Logan in the 2008 Mark Millar & Steve McNiven mini series. In that series Clint Barton had already gone blind from glaucoma, this will tell his story prior to him reaching that point. If you read that mini and think you know Clint‘s story, think again.

“Old Man Hawkeye is, on its own terms, an epic story. Readers will gain insight into previously established characters, explore new corners of the Wasteland, meet new characters, and discover exciting Easter eggs all throughout Clint’s journey.”