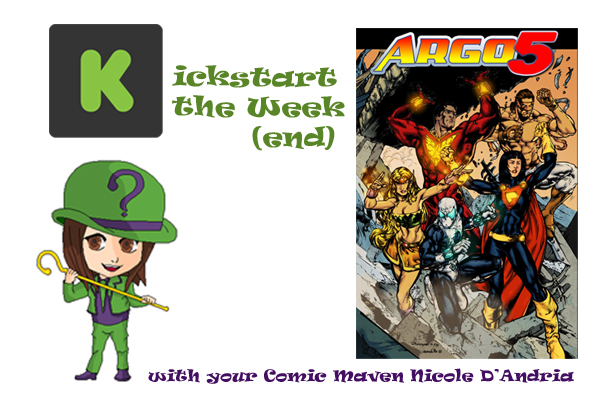 Looking for a new superhero team exploring the social relationships of the characters? Try Argo 5, which has been around for 12 years of publishing and 24 issues. The writer and one of the artist’s talk to me about their project and how it differs from your average superhero story.

The team of Argo 5 faces numerous challenges, including aliens, demons, mythological deities and bad dates. They are led by the super-power Gladiatra. Other members of the team include: her boyfriend Shazrath, the Maltese god of strength; Blue Dynamo, who has the power of a blue star; the martial arts master Chain Reaction; and the half-human and half-genie Kasira. They are backed by billionaire Denny Dennis, who gives them their very own space station.The graphic novel collects issues 0-5 of Argo 5 and is 160 pages long. The project’s writer, Dan Sehn, worked with numberous artists, including Brad Green, Arley Tucker, Alex Garcia, Rafael Dantas Gomes and Felix Novaro Adrian on the issues in the trade paperback. Their third issue was a multi-publisher dimension hopping crossover even with artists Bill Maus, Rich Bernatovech, Luciano Vecchio, Kevin McVeigh, Justin Leach, Jean Sinclair and Scott Jones. Colors were done by Giuseppe Pica, Ross Campbell, Miguel Marques and Mary Regina Alcoque. Covers of the issues, which are included in the trade, were by Rick Mays, Brad Green, Franchesco! and MC Wyman. There’s also a pin-up section of comic superstars that features Terry Dodson, Gene Ha, Tom Raney, Mike McKone, Louis Small Jr. and Rey Arzeno.

I spoke with writer Dan Sehn and artist Rafael Dantas (who drew Argo 5 #2 in the Kickstarter collection) to learn more about their project:

Me: What initially inspired Argo 5 and how is it different from your typical superhero story?

Sehn: I have loved superhero comics for as long as I can remember but the team books always seemed to be my favorite. As a little kid, it seemed like a bargain to get a bunch of characters rather than buying their individual titles.

I think what sets Argo 5 apart is the focus on the social lives of the team. There is a slight soap opera element to the story but beyond that there is some social commentary from real life observations.

Me: If you had to pick one member of Argo 5, who is your favorite to write and why?

Sehn: This has to be considered a “choose your favorite child” question as I really do enjoy them all. Chain Reaction does allow for some more humorous insights than most so he is always fun to write.

Me: What can you tell us about some of the threats the team faces?

Sehn: This collection starts with issue 0, which is more of an introduction to the characters. But after that we do see them face mythological deities, a demon lord, and the Mega Corps, which is the new superhuman branch of the military. 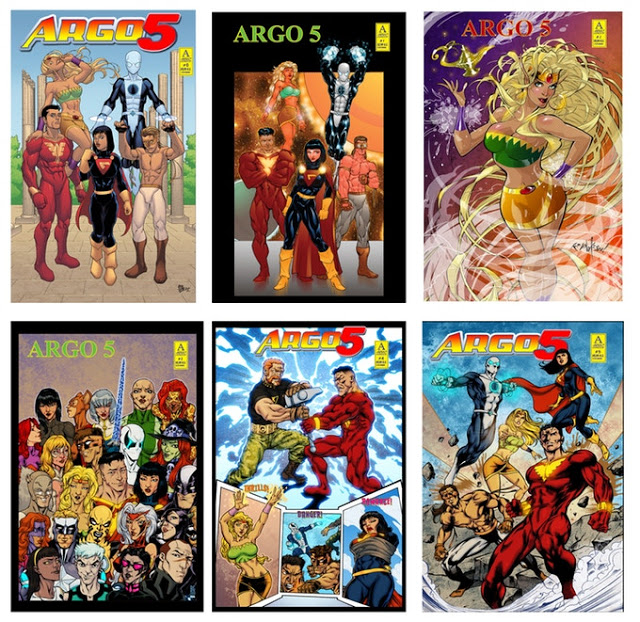 Me: The series features numerous artists and colorists. How did you find the talent unified in this book?

Sehn: I handpick all the artists I collaborate with so my main objective is quality. I realized that in the independent market many artists are working a day job and cannot produce a monthly book, so I figured if I rotate artists I would be able to get steady production. We will be releasing Argo 5 issue 25 soon, so I would say that strategy has worked so far. Most mainstream titles seem to rotate artists out after three or four issues, so we are just doing that more frequently.

Me: If Argo 5 became a movie, who would you want to cast as each member of the team and why?

Sehn: That’s tough but I’ll go with William Levy as Shazrath, Taryn Terrell as Gladiatra, Ryan Guzman as Chain Reaction, Robert Hoffman as Blue Dynamo and Katrina Kaif as Kasira (though she’d have to dye her hair blonde). I’d rather go with lesser known actors and actresses to help people immerse themselves in the film.

Me: Having been working on Argo 5 for going on 25 issues now, what are some of the most important lessons you learned about comic book production?

Me: What is the number one reason you think people should pledge your project?

Sehn: I am a lifelong fan of mainstream superheroes, but at a certain point I longed for a fresh approach. I developed Argo 5 with the distinct game plan of offering something fresh and new and not merely doing tributes to characters and storylines I enjoyed in the past. An example of that would be the fact that there are many done in one issue or storylines that go two or three issues. We are not stuck in the rut of always being in Act 2 where you have a cliffhanger with the new threat revealing itself at the end of every issue. Our stories have beginnings, middles and ends.

Sehn: As I mentioned above, strive for originality. Do not try to do your version of a mainstream title unless you have a huge twist that will make it a different animal altogether. Those titles already exists and have huge full time creative and marketing teams backing them up. People can already buy those books. Offer something unique and of high quality that people can enjoy as a change of pace.

Me: How did you get involved with Dan and the Argo 5 project?

Dantas: I’ve known Dan for a few years now. If my memory does not fail me, we met through Deviantart. One of the best editors I’ve ever worked with and a good person!

Me: What was your favorite page to work on in this TPB?

Dantas: My favorite page is a tie with the pin-up page with all the characters and the page where the main villain of the story arises.

Me: Which character on the team is your favorite to draw and why? 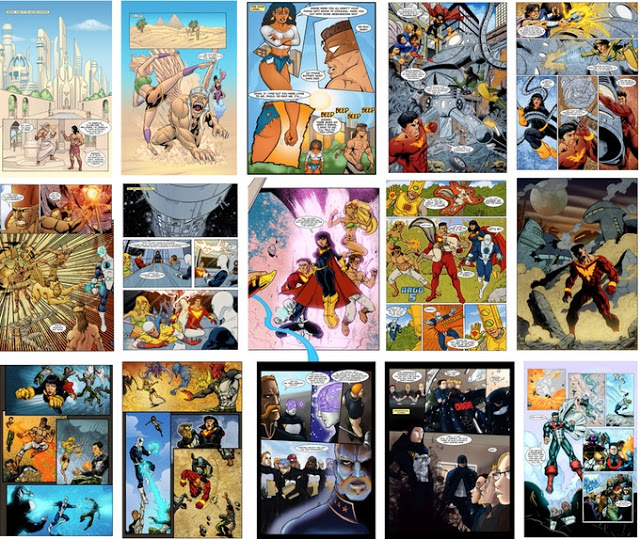 Me: What is the number one reason you think people should pledge your project?

Dantas: Because Dan is a deserving man, a man truly in love with comics and his characters. Argo 5 has fantastic potential and deserves a place in your comic collection.

Dantas: Dedication and study, with these two pillars you will achieve your dream and never, never forget to study the classic drawings. The more you master the basics, the more your drawing will evolve. Do not forget the great classical artists, they have all the secrets.

Me: Thanks for taking the time to answer my questions Dan and Rafael! Best of luck with your project. For readers interested in backing the project, check out the Kickstarter here.