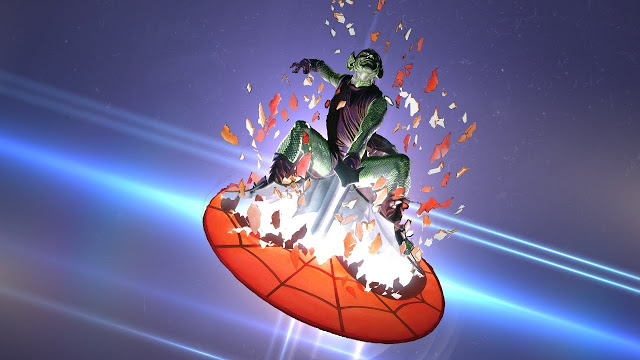 The biggest Spider-Man story ever starts this March!
It’s the Spidey story that’s been ten years in the making, and one that will shake fans to their core – this March, Dan Slott and Stuart Immonen bring you the start of the biggest and most harrowing Spider-Man arc yet, with GO DOWN SWINGING!


Take a moment to re-live one of the most epic rivalries in comic history, as Spider-Man faces off against his nemesis, the Green Goblin…but this story is about more than just Norman Osborn…

“The last time we saw the Green Goblin was in ‘Goblin Nation’ at the culmination of SUPERIOR SPIDER-MAN. You’d almost think that was the biggest Green Goblin story Dan Slott had in him. You’d be wrong. And make sure you watch to the end of the trailer!”