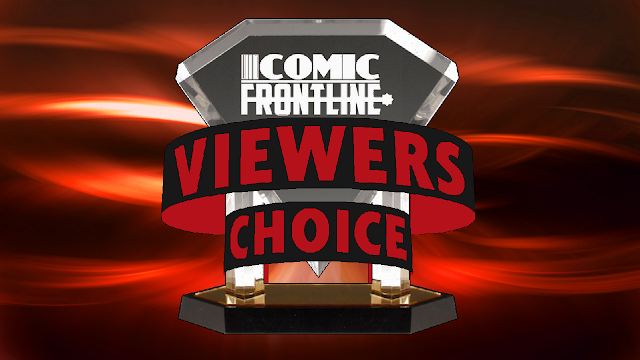 In 2013 on Dark Avenger INC we started a yearly awards show, but then we changed to Comic Frontline in 2014 and we continued them the Comic Frontline Awards. This are where we give awards to the best of the best in the industry from Favorite Writer to Favorite Penciler, from Breakout Character to Breakout Talent and everything in-between. This year we need your help for the Comic Frontline 2017 Awards Viewers Choice Award. We want to know what was your favorite Frontline  LIVE  Moment of 2017? The nominations are in but if you need help making that decision you can check out the Frontline LIVE Playlist Have fun and let us know what your favorite moment was! Let the voting begin!

Voting ends Sunday December 31, 2017 at 11:59 PM EST. After nominations ended the top 5 nominations were gathered and placed into a poll for you to vote on. The results will be announced in Early January 2018 during the Comic Frontline 2018 Awards Show!