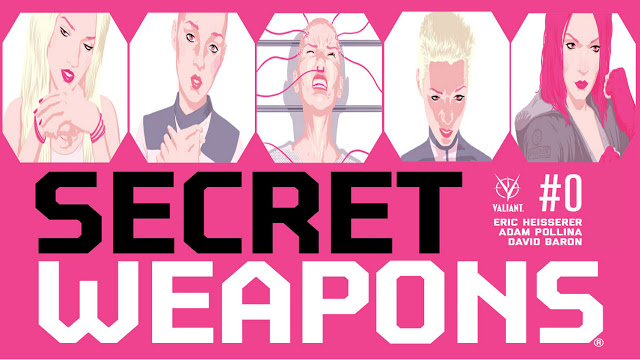 Meet high school senior Nikki Finch… She’s a gifted athlete with an unusual set of medical ailments and high-aptitude test scores that have drawn the attention of an obscure and little-known NGO calling itself the Harbinger Foundation. With seemingly limitless resources at its disposal, the Harbinger Foundation has just offered Nikki a place in their newest class of recruits for a prestigious, but secretive, mission: to unlock her hidden potential via the invasive, dangerous and often deadly process known as “psiot activation”…

If they succeed, Nikki could become an extraordinary example of Toyo Harada’s vision for the future of post-human biological superiority. If they fail, she’ll likely die on the operating table…or be locked away for future study in the mysterious research facility known as The Willows…

An essential new chapter in the Harbinger mythos is about to be revealed as Nikki Finch – a future founding member of Livewire’s squadron of misfit telekinetics – relives the never-before-told saga of her recruitment and activation at the hands of Toyo Harada’s Harbinger Foundation in a must-read standalone special from two of Valiant’s most accomplished storytellers!