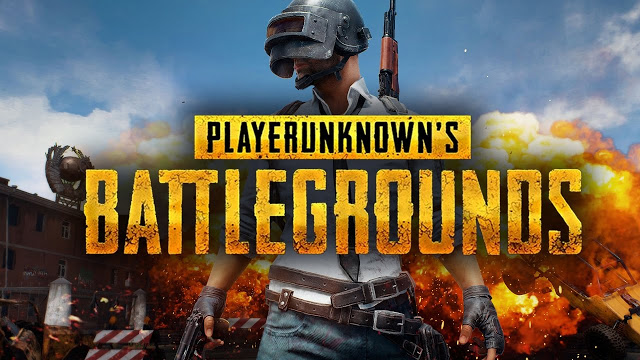 Battlegrounds a game created by Brendan Greene inspired by
the 2000 film Battle
Royale. The game is a one hundred player versus player battle royale game,
players parachute down to a large map that will slowly get smaller and smaller.
Also to note Battlegrounds is not a finalized game yet, the game at this point
in time is still in alpha testing phase. It was released in early alpha back in
March of this year (2017) on PC and to date has sold over twenty million copies.
Now finally it has landed on console, well Xbox One more specifically. So I
finally got to play it….I can say with confidence it can only get better from
here, right!? I hope!

So I’ve been following PUBG (Players Unknown Battleground) for
a pretty long time now. I’ve enjoyed watching streams of the game and watching the
game grow and evolve over the past few months, praying it would get ported over
to the console. At this years E3 it was announced that PUBG would finally be
hitting XBox One consoles exclusively and I was really excited I’d finally get
to play the game my PC friends have been having a blast on. Now I want to get
this out of the way first, YES I did play Fortnite Battle Royale first.
Fortnite I did a video review on back when the game first released, before the
battle royale mode was added. I will be doing a compare and contrast between
the two a bit as well, but let’s all not forget these two games aren’t the
first or last to use battle royale.


I want to start off by saying PUBG is a fun game, being its only in alpha it
can only get better. I can’t wait to see where PUBG will be once it’s a finished
product, and I know I’ll definitely be playing it until then and beyond. Sadly I
was not impressed at all by the first days launch of PUBG on Xbox One at all.
That generally was my first impression of the game, I was frustrated and
disappointed. I noticed a fair amount of streamers that frequent PUBG tried it
out on Xbox One only to go back to PC the very next day. Maybe the servers
weren’t ready for the huge amount of people that joined from Xbox or maybe it
was just a launch day issue but most of my frustration came from the glitching,
slow rendering, freezing, and crashing. I was in a match going one on one with
someone then all of a sudden the game crashed. I reloaded the game and it said “your
match is in progress” I thought to myself “well I guess my character
disappeared… I have a second chance”, NOPE I logged back into the round just to
find out I died (cue rick roll music).
After playing several matches I needed to take a break. The
first few matches I barely lasted long into the round before being eliminated.
As I got a hang of the game I slowly got better. One round I landed in a town filled with houses but couldn’t even enter one until the graphics caught up with my
server and even then it was still loading in details as I was going through my
first house. The controls and menus were easy enough to learn after two rounds. I
must say when things worked I had a blast, but when things were bad they were
frustrating. This is not 4K ready yet for sure, but I’m sure it will be. The PC
definitely is a bit a head of console for obvious reasons but I can’t wait for
the console to catch up and for when they add in the desert map.
Other than the server issues the game played exactly like
the PC but because of all the problems within the game I just couldn’t enjoy myself.
Maybe as the servers are fixed and the bugs get worked out, things will start to go smoother. I’m
sure they will within a week or two. However for a first impression with Fortnite out (plus the temp 50v50 mode going on at the moment), this I feel
really hurt the games first impression for a lot of people. Fortnite Battle
Royale is free, runs almost smooth, controls perfect, and joining into the next
match is easy. I guess you can say Fortnite kind of spoiled me a bit while I
waited for PUBG’s release. Now don’t go running to your keyboard and start
writing how Fortnite stole PUBG’s idea or steam.
Honestly after playing both you can tell there is a huge difference
between the two. Yes it’s still a one hundred player pvp battle royale but PUBG definitely has finer details to it and a larger variety of weapons, addons,
clothes, food, and armor that Fortnite does not. Fortnite I feel is a simpler
version of PUBG, there are only a handful of weapons, armor only comes in the
form of drinking a bottle, loot chests in planned locations every round, and
you can build. PUBG you have NO building ability or placed chests, everything
is out in the world and some things even have different levels. For some people
though less is more so I feel like it depends on how much you want. The only advantage
Fortnite has over PUBG is it’s further along to what the main game will be, PUBG definitely has a way to go on console.
So for my first impression I give Battlegrounds 3 out of 5
stars. I know for sure as the game settles into console things will get better
and that three will easily become a four at least. I would definitely recommend
this game, just understand its in an alpha stage right now and things may be
off to a rocky start but I’m sure things will only get better from here.

Let us know in the comments what you think of this Dark Avenger C86 Article and don’t forget to follow us on Twitter for the latest Previews, Reviews, News and Interviews!