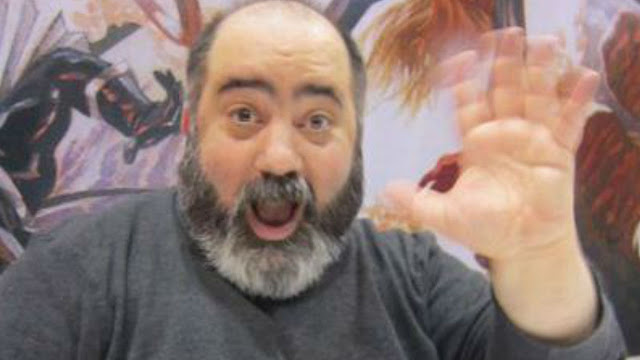 Slott Swings Away From The Amazing Spider-Man & Will Be Writing….

“Dan Slott has saved his most harrowing Spider-Man story for last as he and Stuart Immonen kick off the AMAZING SPIDER-MAN story ten years in the making.” That simple line from the Marvel March 2018 Solicitations last month set the comic atwitter with news that Dan Slott would be leaving The Amazing Spider-Man after the 800th issue, but until now nothing was confirmed. Now we know that not only when he is leaving, but also what title is he swinging to next.

“This was a decision that was made way long ago. I gotta feel like a jerk, because whenever someone would interview me, or whenever it would come up on panels, I would look out at people and say with a stern look that I was never leaving. Very much in the same way I was saying, ‘Peter Parker is never coming back. I killed him’ [during The Superior Spider-Man]. I lied. I lied horribly. [Laughs.] But that’s what us storytellers do, we spin lies.”

This wasn’t something he came to on a whim, he says he has been planning his exodus for years, since 2014’s Spider-Verse event.

“It was also around the time that we were doing Spider-Verse, and it was such a big undertaking…And in the middle of all of that I was like, ‘Aaaaaah.’ That was it. I was very much aware of, like, Okay, I think something inside me broke. But I am going to make this, man. If Spider-Man can lift that heavy thing off his back, I can do this.”

What is coming next? Where do you go after you worked on the Flagship title of Marvel Comics? You go to the Webhead‘s one time mentor and the MCU‘s flagship character the INVINCIBLE IRON MAN!

“I am going from the flagship character of the Marvel Comics of my youth to the gem of the Marvel Cinematic Universe. The linchpin. I am going to Iron Man. Tony Stark: He makes you feel; he’s a cool exec with a heart of steel. I’m all excited. They’d asked me to do Iron Man a while back, but by then I was at [Silver Surfer] and I had Spidey and I was already overcommitted, so it kept gnawing at me. Like, Oh, man. I really do want to do Iron Man. This would be fun. And when that came around again, it was like, Okay, yeah. Yeah, yeah, yeah, yeah, yeah, yeah. I want Iron Man…This is Tony Stark, Iron Man. This gonna be about technology in the Marvel universe in a very specific way and it’s gonna lead to very big things.”

Now there are a few questions on the minds of Spidey fans: Could anything have convinced Slott to remain on The Amazing Spider-Man?

“There was only one benchmark left that I could hit and it felt forever away, and that was more issues of any Spider-Man comic than anyone. That was the one benchmark that was very much dangling out of reach like Tantalus. The reason why was Brian Michael Bendis. He kept writing, so it was a moving benchmark, and I just assumed he was never leaving. If I had known, if I had only known that Brian was gonna jump to DC I would’ve stayed on. [Laughs.] I bet you I would have stayed on.”

The only other thing fans are going to be asking themselves is: Will Dan Slott ever return to Spider-Man?

“But, you know, there’s … for this master plan to work, it doesn’t have to be Amazing Spider-Man,” he continued. “Who knows? Like, two, three years from now, I could go back and go, ‘Hey, let me do Web of Spider-Man. Let me do a new version of Untold Tales of Spider-Man.’ I just gotta hit that for 18 or 20 issues and we’re good.” 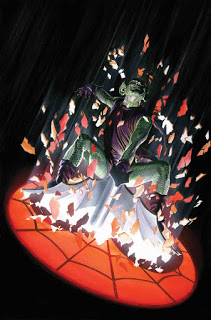 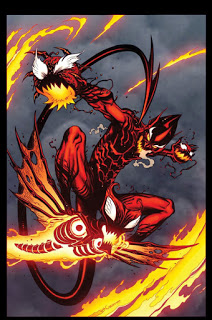 The Green Goblin is back — and scarier than ever! Dan Slott has saved his most harrowing Spider-Man story for last as he and Stuart Immonen kick off the AMAZING SPIDER-MAN story ten years in the making. Osborn got his crazy back and has a plan that’ll make all his past plans look like child’s play. Peter Parker and the people he loves (ALL of them) are in deep trouble. And who or what is the RED GOBLIN?! The only way Spider-Man survives is to GO DOWN SWINGING!