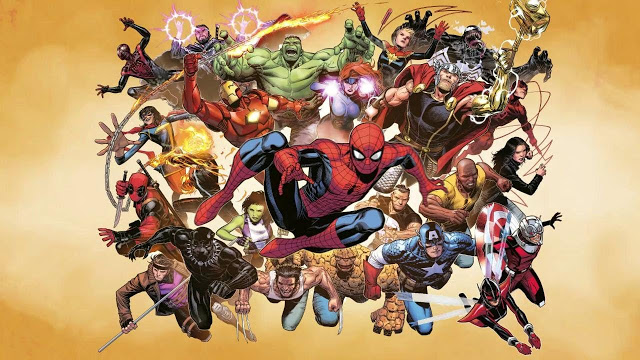 Marvel has announced big changes coming in May 2018. Marvel May 2018 Solicitations are due to drop this Thursday and to prepare us they announced “A Fresh Start”.  The new line-wide Fresh Start includes; New Creative Teams! New Series! New Directions! New Beginnings! UPDATED

The Fresh New Start includes relaunches with a lot of the Legacy numbering reverting back to #1, but some series may not do away with them altogether. Some legacy numbering may remain in a “subordinate fashion” on select titles, according to Executive Editor Tom Brevoort, but didn’t specify which ones. Marvel wants to ensure their numbering isn’t confusing to readers — particularly those new or lapsed ones. 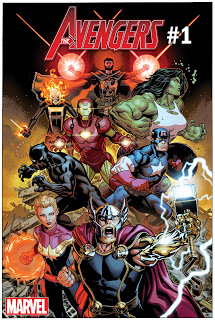 There is one book that we know will receive a brand spanking new #1, Jason Aaron and Ed McGuinness’ Avengers, which gets a new #1 issue when it launches in May following the current No Surrender weekly event.

“We wanted to get back to a small, core lineup. With big, iconic characters at the heart of that. So we get Steve, Tony, and Thor Odinson back together at the heart of this new team, and the rest of the team we build around them over the course of the first arc. My aim with this series is basically, if you only read one Marvel comic — not that you should read just one Marvel comic, but if you did — if you picked this book up, this would show you the landscape of the Marvel universe issue after issue. We want to feature the biggest characters and go to the coolest, most exotic locations around the Marvel U.”

Aaron, the writer of Marvel Legacy will split the series between the present day Avengers and the Avengers B.C. The two stories will be bridged by a threat involving the Celestials. Preview cover and art for Avengers #1 gives us a sneak peek at the line-up of Captain America, Iron Man, Thor, Captain Marvel, She-Hulk, Doctor Strange, Black Panther, and Robbie Reyes/Ghost Rider. Doctor Strange is reported to occupy a “rotating slot” on the team, which will feature various members over different arcs.

Another new #1 you can expect is Venom #1 by writer Donny Cates (Doctor Strange, Thanos) and artist Ryan Stegman (Amazing Spider-Man: Renew Your Vows, Uncanny Avengers). The new series will see the Venom symbiote and current host Eddie Brock taking on a threat 1,000 years in the making.

“It’s unlike any foe Eddie, or the Symbiote has ever faced. It’s something that’s incredibly old, and unbelievably powerful with ties to not only the symbiote’s dark past but the Marvel Universe itself. This is a horror story thousands of years in the making.”

“Things are not great for Eddie as our story begins. Something has happened to his other that….well, I don’t want to spoil too much, but for the first time in a very long time, Eddie is scared of his own shadow. Something is changing between them. And it’s…disturbing, to say the least. But I wouldn’t necessarily say that it’s a symbiote-focused story really. The greatest Venom stories, to me at least, are a mixture of the alien outside and the human inside.”

“This is the biggest, most ambitious thing I’ve ever attempted for sure. It’s such an incredible honor to be steering the Venom ship during this amazing time in the characters life. With the 30th anniversary and the movie this year, we certainly wanted to shoot for the moon here. The ramifications of the Venom title will be felt line-wide in the months and years to come. If y’all thought Thanos and Strange were insane…well, strap in, because you ain’t seen nothing yet.”