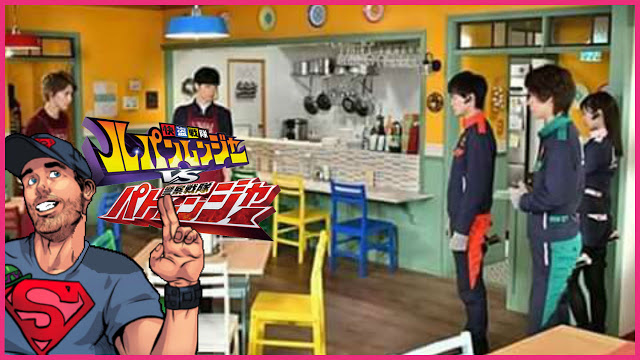 Gathered throughout his lifetime, the gentleman phantom thief Arsène Lupin assembled a vast collection of dangerous items known as the Lupin Collection. When this collection is stolen by interspace invaders known as the Gangler, two teams set out to retrieve it! The phantom thieves, Kaitou Sentai Lupinranger, who desire to live up to Lupin‘s name, aim at stealing back the collection from the Gangler. While the police force, Keisatsu Sentai Patranger, who hope to uphold justice, aim to retrieve the collection and take down the Gangler! With two rival teams confronting each other for the same goal, just who will emerge victorious? Whose side are you on?!
A little precursor to this review; I plan on reviewing the series weekly but had a few set backs so, for this week I am doing a review for episodes one and two, next week I will review episodes three and four and then the following week just review episode five with new episodes being reviewed the week they are released.

Episode 3: Take Them Back No Matter What
(絶対に取り戻す Zettai ni Torimodosu) 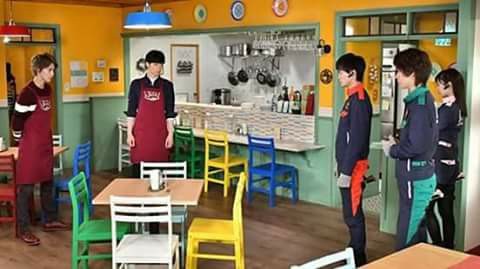 This episode continues where the previous episode left off, the Patrangers leave and we see the Lupinrangers in the Bistro wondering about the Good Striker which Umika decides she is going to call him Goodie, to which he agrees. The G.S.P.O. officers arrive at the Bistro as they sit around with Goodie but Umika manages to hide Goodie in a large pot. The two teams stand in a face off with the Lupinrangers fearing they have been discovered only to have the Patrangers ask for a table for three. The Patrangers tell them their office is nearby. Keiichiro asks Kairi if they met to which not that he recalls. Kairi prevents Touma from stealing the Patrangers VS Changers because it would expose their identities just before the Patrangers receive a call and head out. Kogure appears and places the latest item in the Lupin Collection and give the Lupinrangers their next assignment.

The Patrangers arrive as a Gangler, Nahmero is using some kind of power to sculpt a statue of Dogranio to pay tribute to him and suck up so he can be the next boss. The Patrangers Henshin and take on Nahmero as the Lupinrangers watch from a nearby rooftop before they join the fight taking on the Patrangers and Nahmero so they can take the Lupin Collection piece he possesses. Lupin Blue is not focused on Nahmero or the Lupin Collection piece he has he is too busy trying to get the VS Changer from Patren 2. Nahmero uses this time to shoot his Sticky Machine Gun which traps Parten 2 allowing Lupin Blue to take the VS Changer but Patren 3 gets it back as Lupin Red grabs Lupin Blue and leaves. Kairi and Touma get into an argument over going after the Patrangers to get their VS Changers with Kairi saying they don’t need to rush it while Touma says they should. Touma tells them there are three of us you two go after Nahmero and he will go after the Patrangers to get their pieces as Goody returns to them. 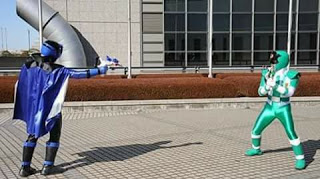 We get another flashback this time it is of Touma who remembers his girlfriend opening him up to trying new things like eating with a fork when he proposes to her. We go ahead to when she is frozen and shattered. Kairi arrives and tells Touma if he goes after the Patrangers he is going to expose them all and jeopardize their mission. Kairi proposes they use Patrangers to help them in getting the Lupin Collection and taking out the Ganglers.

Meanwhile back at the G.P.S.O. headquaters Keiichiro yells at Sakuya for being trapped by Nahmero and for him and the Phanto Thieves getting away. Sakuya apologizes but it doesn’t satisfy Keiichiro. Just then a call comes in audio only but it is Kairi reporting a spotting of Nahmero at a studio. The Patrangers head out with Sakuya filled with doubt slowly following when Commissioner Hilltop stops him and tells him that mistakes at work can be made up at work and tells him to just give it his all. 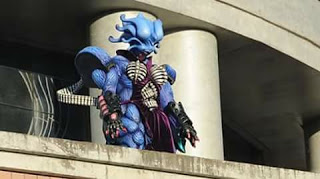 The Patrangers arrive at the studio to capture Nahmero where they surround him and Henshin only to play into his trap as they are all stuck in the goop. Nahmero leaves bragging he set a trap for them only to be told by the Phantom Thieves that he fell into their trap as they Henshin into the Lupinrangers. They take on Nahmero’s Porderman army. Defeating them Lupin Blue retrieves the Lupin Collection piece. 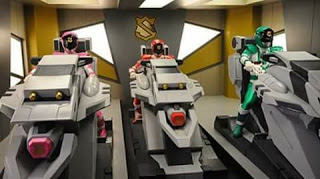 The Patrangers are still trapped in the studio when Patren 2 remembers what Commissioner Hilltop told him and frees all of the Patrangers. Outside Lupin Red plans on using Gooy like the Patrangers did but instead of uniting the three, Lupin Red is split into three and the Lupin Rangers take out Nahmero using Seizing Strike. After he is destroyed Goody leaves Lupin Red is returned to one body and Goody runs right into Patren 1 just as Goshu Ru Medu arrives resurrecting Nahmero and nakes him grow. The Patrangers call on their Mecha and use Goody to form the Keisatsu Gattai PatKaiser. The Lupinrangers watch as the Patrangers fight Nahmero in the PatKaiser and destroy the Boss Dogranio who is also watching from their underworld mansion. The Patrangers destroy Nahmero and meet Goody as he pops out of Patren 1’s cockpit just like he did with the Lupinrangers but he quickly ejects them from their Mecha as the PatKaiser disconnects and returns as Goody flies off. 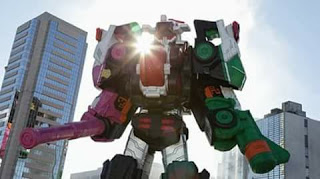 The Lupinrangers return to their Bistro where they give Kogure the Lupin Collection piece and he returns it to the book just as the Patrangers arrive to finally get their meal. The Lupinrangers try to hide Kogure who disappears as mysteriously as he arrives. We also see some clumsy flirty between Sakuya and Umika with Sakuya telling her she is very pretty. 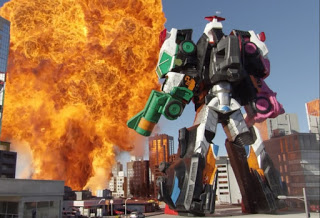 This episode just shows how great this series is. I love the character dynamics and development in this series. Saban, please take note, this is how you can do a character centric episode with a good lesson, and not make it cheesy. This adds depth to both Lupin Blue and Patren 3’s stories. The bad thing is that we are 3 episodes in and we still haven’t really seen anything deeper with the Patrangers yet. 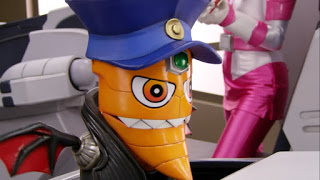 Another interesting thing dropped here and very low key is that Goody is very michevious and he could be responsible for the Patrangers getting their VS Changers. But I don’t think it did. I think Kogure and maybe even Lupin are almost playing both sides here. I think they gave the Patrangers the VS Changers because they want the Ganglers handled, this could also be why we haven’t seen their backstories yet, what brought them to the G.P.S.O. which is a special force inside the G.P. and also why they never seen Kogure.

Overall this show just keeps bring its A-game for me. I can not praise this season enough. I really want Power Rangers to translate this but to do it equally as well as this. I also hope my theory of Kogure/Lupin pitting these two teams against each other because it could make a great reason why they unite later on.

Let us know in the comments what you think of this Kaitou Sentai Lupinranger VS Keisatsu Sentai Patranger Review and don’t forget to follow us on Twitter for the latest Previews, Reviews, News and Interviews!