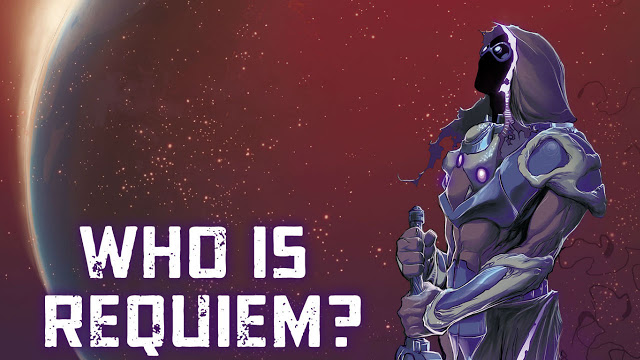 DEATH INCARNATE in INFINITY WARS!
WHO IS REQUIEM?

Marvel revealed who they mystery person on the cover to Infinity Wars Prime #1 – Requiem. But this is Marvel so the reveal comes with even more questions like; Who is Requiem? 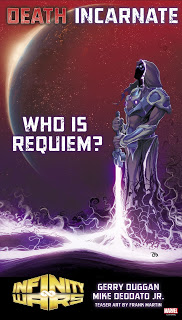 So far all we know is that Marvel has labeled Requiem as “Death Incarnate.” This character doesn’t seem to be connected to the Chris Claremont Uncanny X-Men character by the same name. 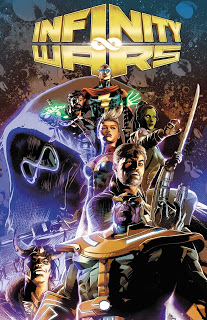 Trust us, Marvel Fans – before the INFINITY WARS begin to rage comes this shocking chapter of the cosmic saga that you will not want to miss! The ramifications of this issue will be felt throughout Infinity for years to come! We can say NO MORE!