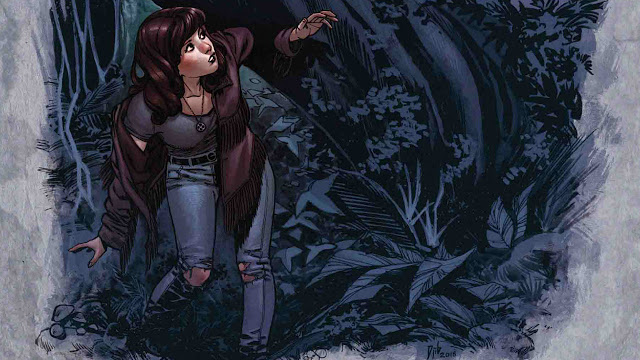 “I am over the moon to be working with this amazing creative team and in this world that I have wanted to be a part of for most of my life. Like so many of us, I started reading the X-Men before I was old enough to have been a student at Xavier’s Academy. Kitty Pryde was my hero for most of my childhood. She was smart, she was curious, she got to be an X-Man and go to space and have a dragon for a friend–she was basically everything I wanted to be.” 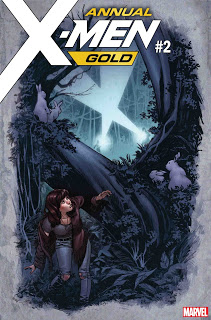 “The thing about Kitty is that she was the only teenager on the team for a long time, and so she didn’t really get to do a lot of what we’d consider to be normal teenage things. Or maybe she did, and it just wasn’t the focus, since it wouldn’t involve the rest of the X-Men.  This book is filling in one of those gaps.  It’s part teen camp comedy, part heist, and part reminder that the X-Men aren’t the entire world, whether you’re a human, a mutant, or still too young to know.”

Why has Kitty kept this early days story to herself until now? Find out in X-MEN GOLD ANNUAL #2, coming to comic shops this August!

Your favorite X-Man KITTY PRYDE just made the biggest decision of her tumultuous romantic life, but what set her on that course? Before Peter, Peter, or…Peter, there was Kitty’s FIRST kiss! Hugo and Nebula Award-winning writer Seanan McGuire (InCryptid, October Daye, Wayward Children series) and artist Marco Failla (MS. MARVEL, ALL-NEW WOLVERINE, Harley Quinn) reveal the secrets of young Kitty’s summer at Camp Maplebrook in a story with more teen mutant angst and camp hijinks than can be contained in a regular-sized issue! Kitty’s kept this tale to herself for years – be the first to find out why!