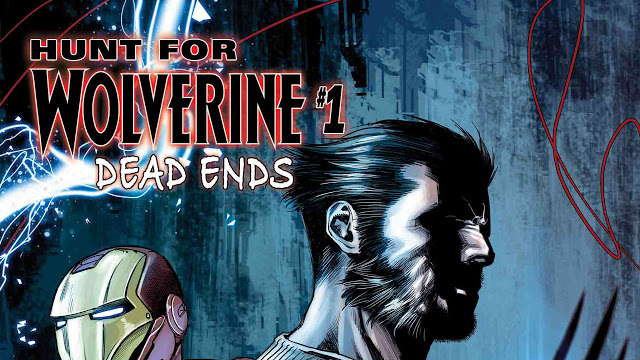 The Hunt Concludes in HUNT FOR WOLVERINE: DEAD ENDS #1!

The Hunt for Wolverine is over – but the mystery of Logan’s return continues with new questions and new secrets! And the answers that Tony Stark, Kitty Pryde, Sabretooth and Daredevil have found in their search for the adamantium mutant may not be the ones they were expecting. 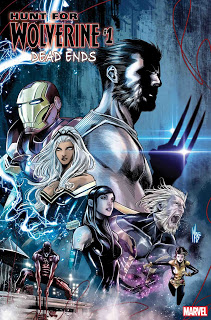 This August, Charles Soule (Hunt For Wolverine, Death of Wolverine) and Ramon Rosanas (Phoenix Resurrection: The Return of Jean Grey) bring you a story that ties each unique HUNT FOR WOLVERINE adventure together – in a one-shot you won’t want to miss!

“The four Hunt For Wolverine miniseries all follow different threads in pursuit of our pointy-fisted friend, and each comes to a conclusion with different pieces of the puzzle. With DEAD ENDS, the players assemble to bring those puzzle together and see what they learned… but they might not like what they find.”

What has Wolverine been doing? And where has he been? The questions continue in HUNT FOR WOLVERINE: DEAD ENDS, available in comic shops this August!

Only 3 more days left to back The Dancer on Kickstarter!

There are only 5 days left to back up The Dancer #1 on Kickstarter!

Listen to the audio version of our podcast and be sure to give us a 5 star rating!

Alex Segura - THE DUSK is live on Kickstarter!@alex_segura·
9 Apr

ALSO! if you back both THE DUSK and @ComicUno's THE DANCER, you'll get this print by @ev_cantada and Danny Faubricio Sànchez Chaves

One special physical backer will get it signed by both me and Kat!
Dancer: https://kickstarter.com/projects/comicuno/the-dancer-1-a-psychological-martial-arts-thriller

One special physical backer will get it signed by both me and Alex!