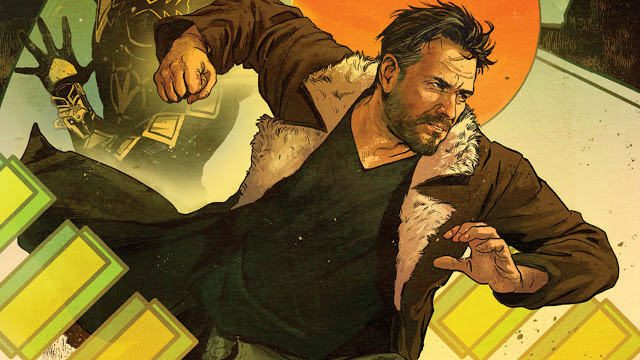 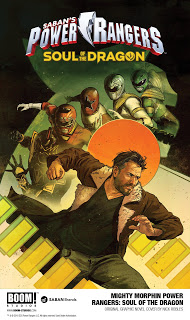 It’s been a long time since Tommy Oliver has served as a Power Ranger. He’s defeated space witches, brought down evil armies, protected the galaxy, but now Tommy leaves protecting the world to the Power Rangers at Space Patrol Delta. But when his son goes missing, it’s up to Tommy to discover a secret in his past, in order to save his future. Now Tommy will call on all his training, his friends, and maybe even some of his enemies as he sets out on his most important mission: find his son and bring him home.

“It’s rare that we’re able to tell stories about pop culture heroes at this critical juncture in their lives—and there’s few who’ve been as big a pop culture phenomenon as Tommy Oliver. As a fan of the original sixth Ranger, it’s an incredible honor for me to explore this untold chapter of Tommy Oliver: Power Ranger.”

“Tommy Oliver has been part of the Power Rangers for the past 25 years. We’ve seen him morph into so many different Power Rangers. Now in MIGHTY MORPHIN POWER RANGERS: SOUL OF THE DRAGON, we get to see an in-depth story of the life of Tommy Oliver as a Power Ranger and person. We go deeper into the multiple Rangers Tommy has become throughout time- I’m excited for all of you to see how Tommy evolves into the Legendary Power Ranger he is and the legacy he will leave behind forever.”

“Like almost everyone from my generation, I grew up watching Power Rangers. Every kid has their own favorite Ranger—my favorite has always been Tommy, so it’s amazing to be illustrating this story!” 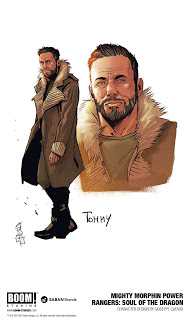 “Tommy Oliver has one of the most fascinating journeys in Power Rangers history—from villain to hero to mentor…but we’ve never seen what happened to him in his later years. MIGHTY MORPHIN POWER RANGERS: SOUL OF THE DRAGON is about the decisions we make when we fight for the right thing and what we’ll do when that battle becomes personal. Sometimes to save the people you love most, you have to embrace parts of yourself that you thought—and hoped—you’d left behind.”

“For the first time in the graphic novel medium, we are exploring Tommy Oliver in his later years, delving deep into his identity and legacy as a Power Ranger and as a father. We will see him revisit each chapter of his Ranger legacy and past as it collides with his future. Saban Brands is so thrilled to partner with Boom Studios, Kyle Higgins and Jason David Frank to bring this amazing story to life for our global fandom.”

Print copies of MIGHTY MORPHIN POWER RANGERS: SOUL OF THE DRAGON will be available for sale in December 2018 at local comic book shops, bookstores or at the BOOM! Studios webstore. Digital copies can be purchased from content providers like comiXology, iBooks, Google Play, and the BOOM! Studios app.

For continuing news on MIGHTY MORPHIN POWER RANGERS: SOUL OF THE DRAGON and more from BOOM! Studios, please stay tuned to Comic Frontline.

One Thought to “MMPR: Soul Of The Dragon – The Untold Story of The Legendary Green Ranger!”