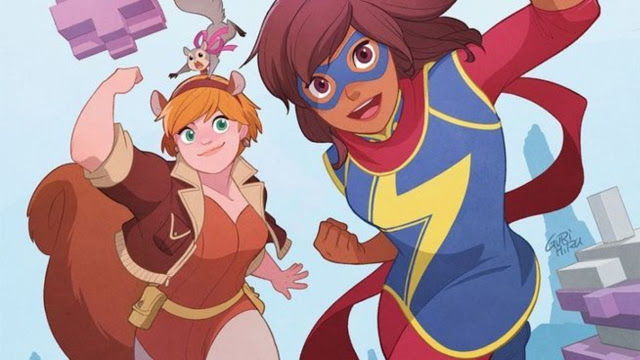 This Sunday, June 17, Marvel’s Father’s Day Spectacular will be in full swing at participating local comic shops, marking the perfect time for parents and children alike to share their love of reading and comics! 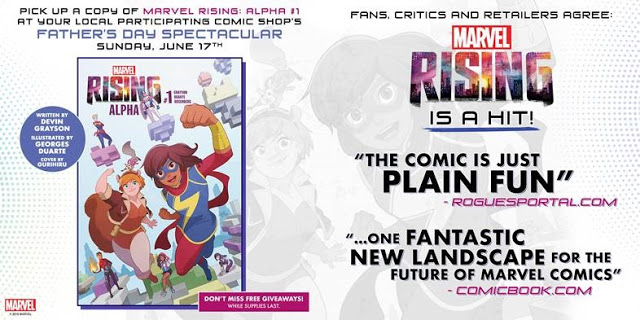 Ever since the very first meeting of Ms. Marvel and Squirrel Girl in MARVEL RISING #0, fans have been waiting for the next chapter of Kamala Khan and Doreen Green’s epic adventure to save the Marvel Universe. Released earlier this week, MARVEL RISING ALPHA #1 has debuted to resounding acclaim, garnering praise from critics, retailers and fans.

You can check out our review on Frontline Reviews where Jay reviewed the first issue!