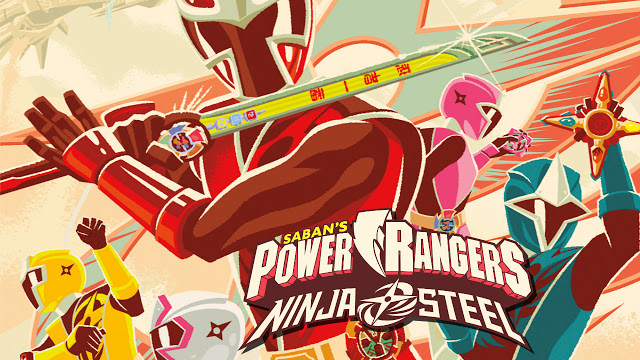 Celebrate the 25-year-old global pop-culture phenomenon and morph into action with Power Rangers Ninja Steel: The Complete Season, arriving on DVD and Digital August 14 from Lionsgate. The 3-DVD set will include a printed excerpt from BOOM! Studios’ 25th-Anniversary Artist Tribute Book, and will feature all-new box art exclusive to the home entertainment release by illustrator and comic artist George Caltsoudas (TV’s Batman: The Animated Series and the graphic novel Star Trek: Boldly Go). The Power Rangers Ninja Steel: The Complete Season DVD will be available for the suggested retail price of $19.98. 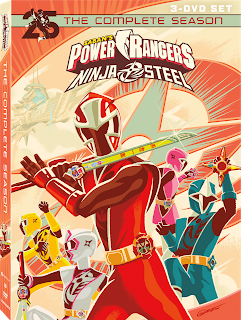 Deep in space, Galvanax is the reigning champion of the most popular intergalactic game show in the universe, “Galaxy Warriors,” in which monsters battle to prove who is the mightiest warrior.

Galvanax is determined to become invincible by controlling the mythical Ninja Nexus Prism, which contains six supernatural Ninja Power Stars. The only thing standing in his way is a new team of heroic teenage Power Rangers who possess it. The evil Galvanax sends his warrior contestants down to Earth to steal the Ninja Power Stars, where each epic battle against the Power Rangers is broadcast throughout the universe. Together, the Power Rangers must master their arsenal of Ninja Power Stars, Zords, and Megazords — each made of legendary Ninja Steel — in order to stop this evil threat and save Earth from destruction. 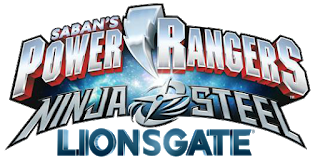 Let us know in the comments what you think of this Lionsgate/Power Rangers Announcement and don’t forget to follow us on Twitter for the latest Previews, Reviews, News and Interviews!
All images images are courtesy of Lionsgate & Power Rangers