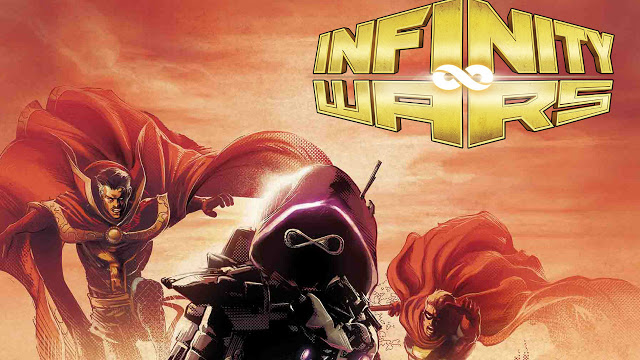 Go Behind The Scenes of INFINITY WARS!

Thanos is dead! The shocking death that rocked the Marvel Universe happened in INFINITY WARS PRIME, but many questions remain. Who are the Infinity Warps? Who is Requiem? What does Requiem want with the Infinity stones?  Marvel’s summer of secrets continues in the landmark INFINITY WARS #1, arriving this August from acclaimed creators Gerry Duggan and Mike Deodato! 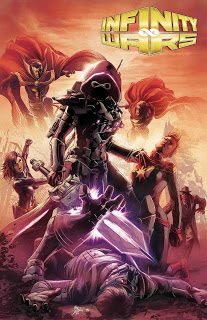 Marvel is proud to present this behind-the-scenes look at INFINITY WARS, featuring Duggan, editor Jordan D. White, and Editor-in-Chief C.B. Cebulski, which will also air nationwide this weekend as a promotional TV spot.

“We’ve all seen Thanos with the gauntlet.  This is a new story.”

“In Infinity Wars #3, we create something called Infinity Warps. All the Marvel characters get smashed together into new characters.”

Don’t miss INFINITY WARS #1, on sale August 1st in comic shops, on the Marvel Comics App, and on Marvel.com!