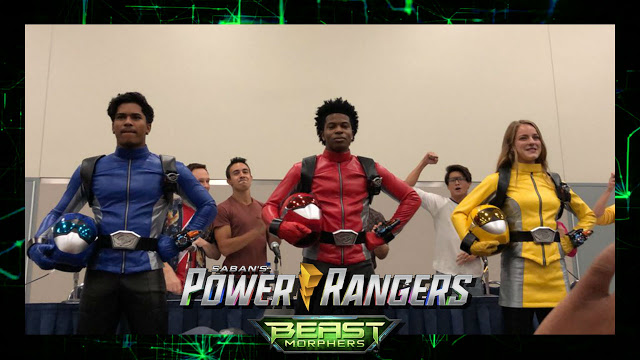 Today at the end of the 2018 Power Morphicon 6 Hasbro Special Presentation: Power Rangers Super Ninja Steel panel at the Anaheim Convention Center we got the cast introduction of next years POWER RANGERS BEAST MORPHERS!
The cast introduction of the new season has become a tradition at Power Morphicon where the current cast passes the torch onto the next generation of Power Rangers. This year the honor belonged to the Super Ninja Steel cast as they teamed up to announce the core team of three Rangers. Check out the list of the cast and click on their names to follow them on Instagram and welcome them to the Power Rangers Family. 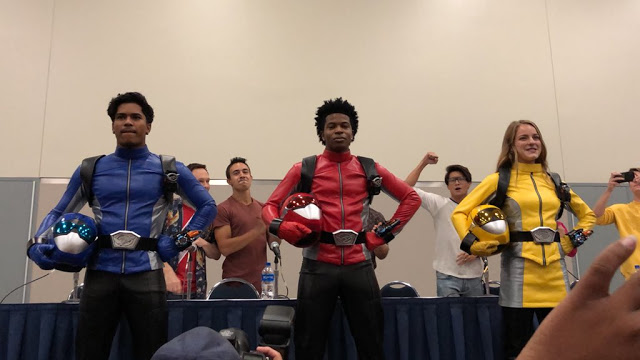 In Order Of Introduction: 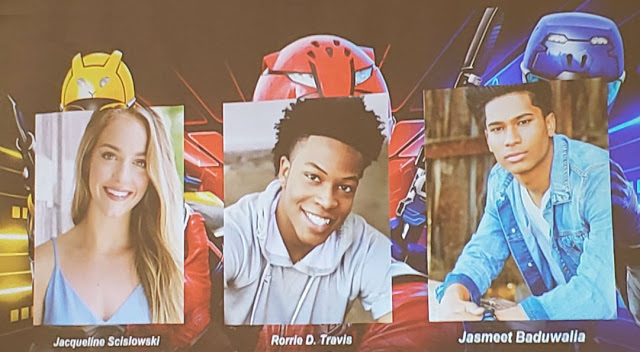 The Gold and Silver Rangers were not revealed at the as they will make their appearances later on in the season. The cast introduction wasn’t the only Beast Morphers news that dropped during the panel, we also got a new trailer that reveals more about the story including the name of the virus paired up with some Tokumei Sentai Go-Busters footage.

— Official Series Description
POWER RANGERS BEAST MORPHERS will premiere on Nickelodeon in 2019 and be the first season under Hasbro and their All Spark production team.

SHOUTFACTORYTV is bringing you all the greatness that is 2018 Power Morphicon 6! The panel was recorded and aired on Sunday This is cued to the start of the Hasbro Special Presentation: Power Rangers Super Ninja Steel panel!

For continuing news on POWER RANGERS and more from Power Morphicon,
stay tuned to Comic Frontline.