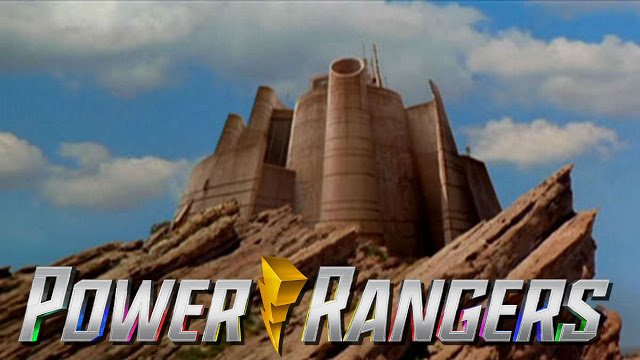 Currently, Power Rangers is celebrating 25 continuous years on the air, making it one of the longest-running kids’ live-action series in television history with nearly 900 episodes aired to date. Created by Haim Saban and launched in 1993 with Mighty Morphin Power Rangers, the franchise celebrates its milestone anniversary year with the 25th season, Power Rangers Super Ninja Steel currently airing on Saturdays at 12 p.m. (ET/PT) on Nickelodeon in the U.S. To mark this Morphinomenal was the first OFFICIAL POWER RANGERS DAY! But I don’t think a day is enough, so here on Comic Frontline, this is POWER RANGERS WEEK! A week filled with my list of Tops such as Top Seasons, Top Theme Song/Intros etc and to celebrate today I will be counting down the best Ranger bases!

As previously established, these rankings do not reflect their reflective series. I am taking into consideration their location, defenses, stealth, possible damage if the base is attacked and how it looks. 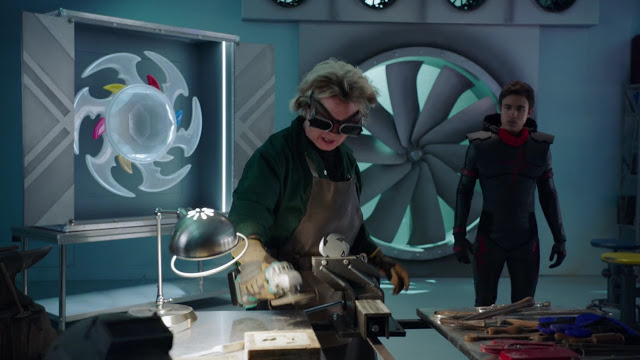 Taking up at a High School puts a lot of kids at risk, not to mention anyone in the school can find it by going through the fan blades. 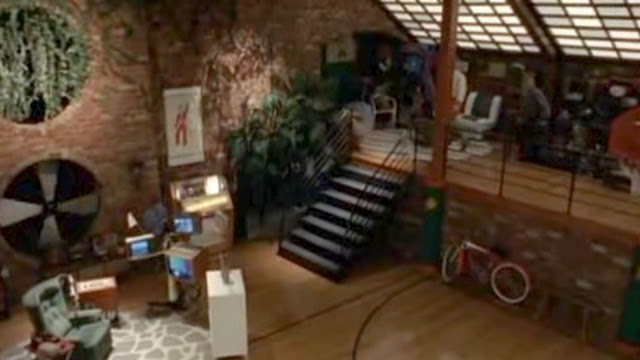 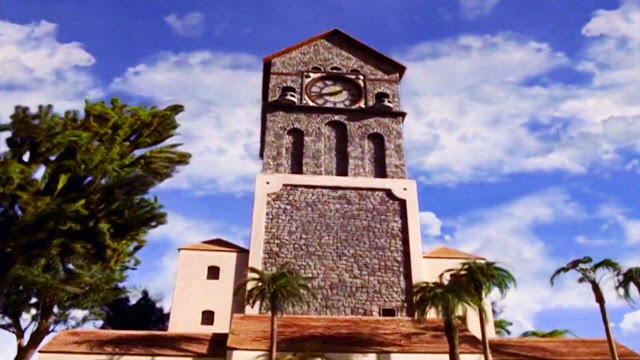 20. Power Rangers Time Force – A Nick of Time Odd Jobs / Clock Tower
Like Jungle Karma Pizza, innocents can be hurt, but they didn’t have as many customers. 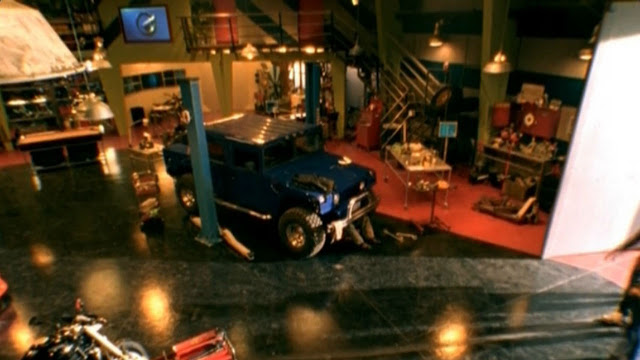 19. Power Rangers RPM – The Garage
Another base right out in the open with an open door policy. 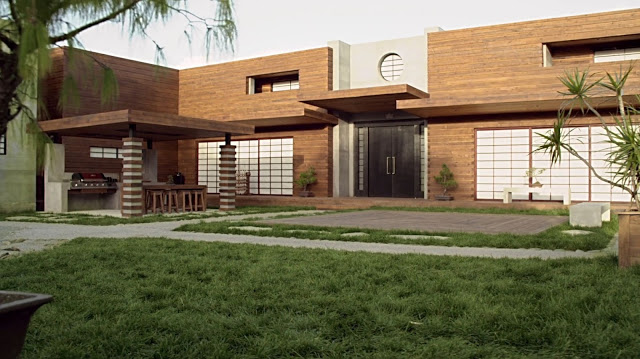 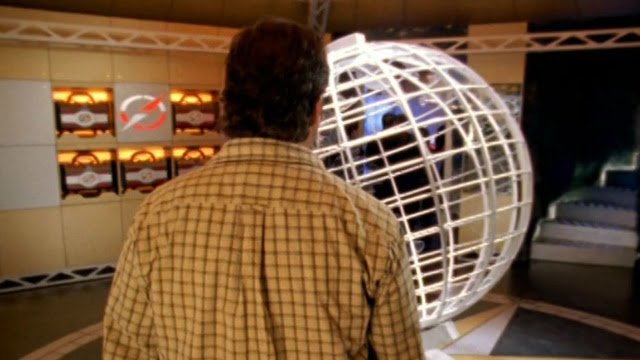 17. Power Rangers Operation Overdrive – Hartford Mansion
Like the Shiba House, but at least Hartford placed their base underground. 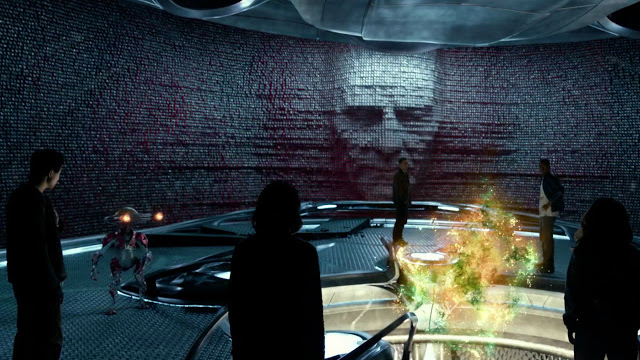 16. Power Rangers The Movie – Command Center (2017)
Ok, a nice hiding place but man is it ugly! And if anything happens to the Command Center the Rangers Can’t Morph. 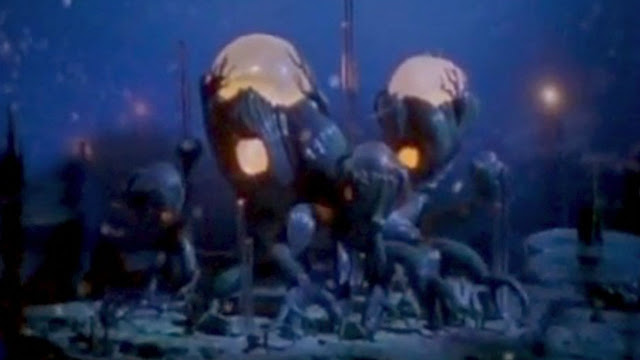 15. Mighty Morphin’ Alien Rangers – Aqua Command Center
This is here because it isn’t known how remote it is and it doesn’t have the same stealth as the other underwater base because the Aquitians live under water. 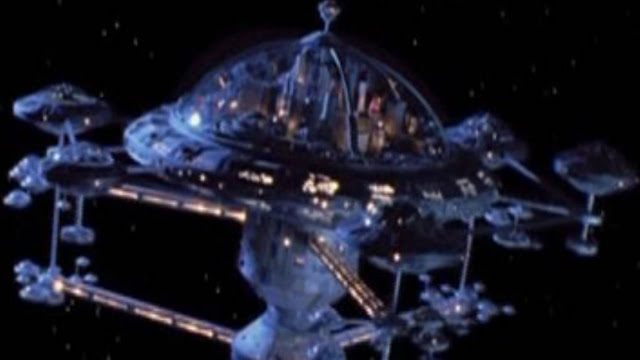 14. Power Rangers Lost Galaxy – Terra Venture
A great base and high defenses but, they are in space where else are they going to go and if they are attacked a lot of innocents will die instantly. 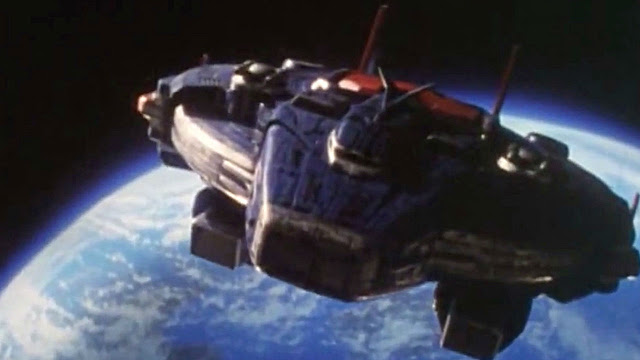 13. Power Rangers In Space – Astro Megaship
This has great defenses, but it is their Megazord so it comes under attack a lot. 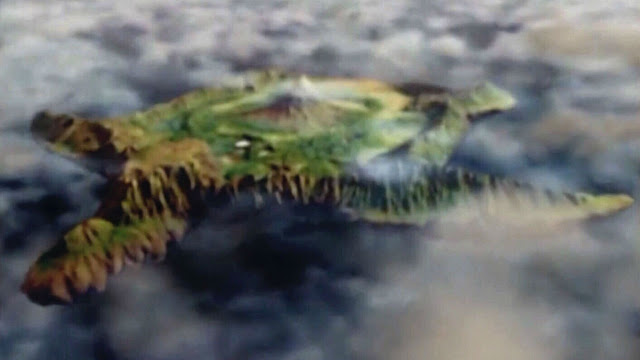 12. Power Rangers Wild Force – Animarium
A great idea to have a hidden base above the clouds, but the downside was seen in the finale when it was attacked and crashed because what goes up must come down. 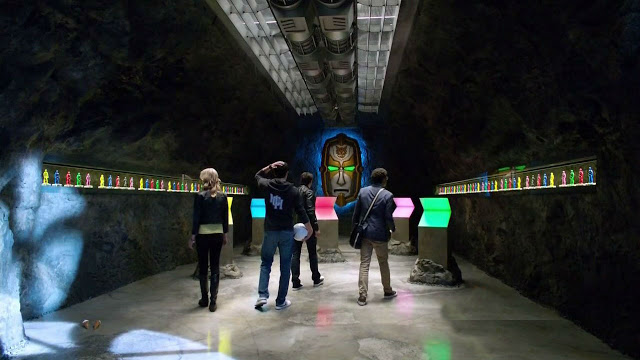 11. Power Rangers Megaforce / Super Megaforce – Command Center
A nice hidden spot, but it is on the beach so someone exploring the beach could happen upon it. Not to mention as a base it was pretty bare, Gosei did his Command Center on a tight budget. 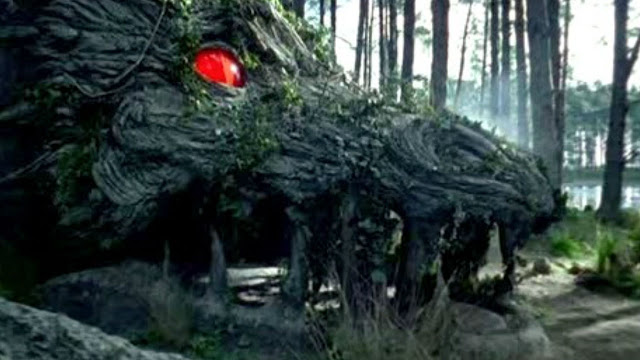 10. Power Rangers Mystic Force – Root Core
Protected by magic and hidden in a magical realm, but the downside is within the magical realm where others live it isn’t especially hidden. 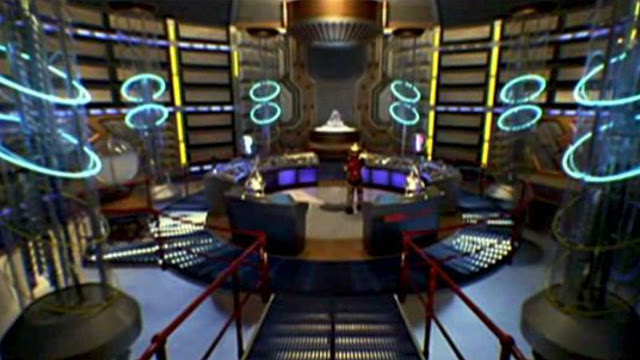 9. Mighty Morphin’ Power Rangers The Movie – Command Center
Appears to be like the classic Command Center from the TV show, but it is far easier to find and gain access to apparently since Ivan Ooze did both quite easily. 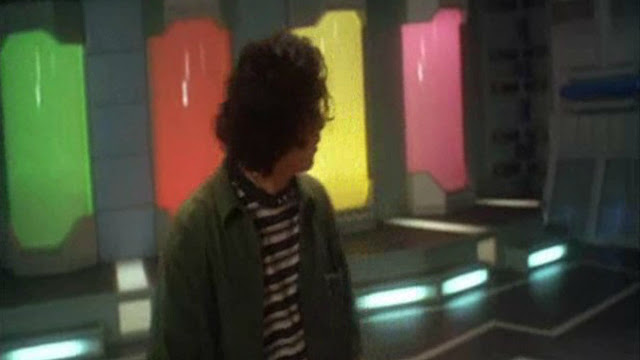 8. Power Rangers Turbo – Power Chamber
I love the Power Chamber, but unlike its predecessor, it is above ground and more vulnerable to an attack. 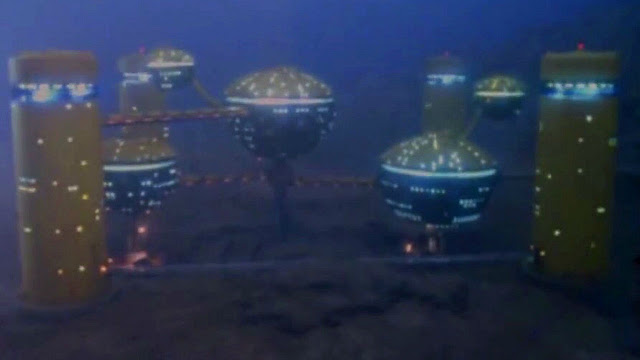 7. Power Rangers Lightspeed Rescue – Lightspeed Aquabase
A great location and highly defended but if there was an attack a lot of people will drown. 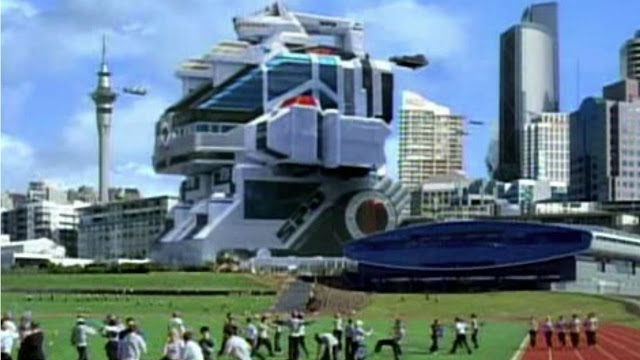 5. Power Rangers S.P.D. – Delta Base
A great fortress and highly defended, but a lot of people are in it so when it is attacked a lot of lives are in danger including young recruits. 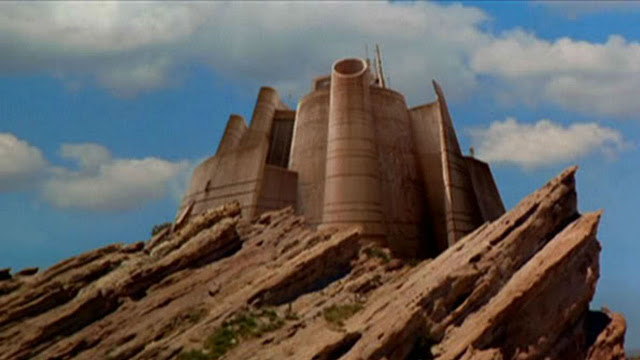 7. Mighty Morphin’ Power Rangers – Command Center
Again I love the Command Center and holds a special spot in my heart, it is more secure than the original movie Command Center, but it is above ground. I also love all of the cool tech the comics gave it. 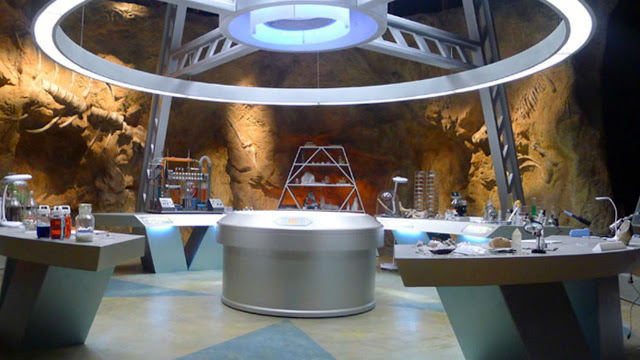 4. Power Rangers Dino Charge / Dino Super Charge – Amber Beach Dinosaur Museum
One of the best locations, but it is below a Museum and the entrance isn’t all that hidden or protected. 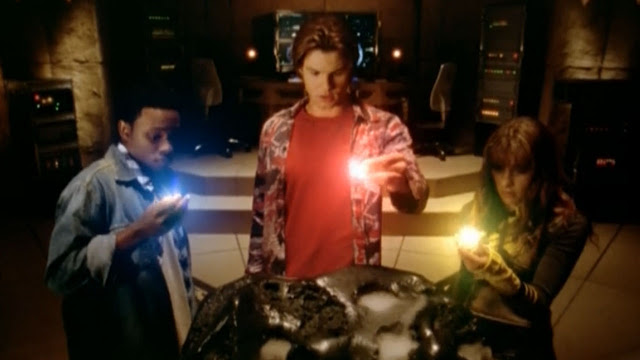 3. Power Rangers Dino Thunder – Dino Lab
Like the Dino Charge a great spot by placing it underground but it was easily and even by accident found by the soon to be Rangers. 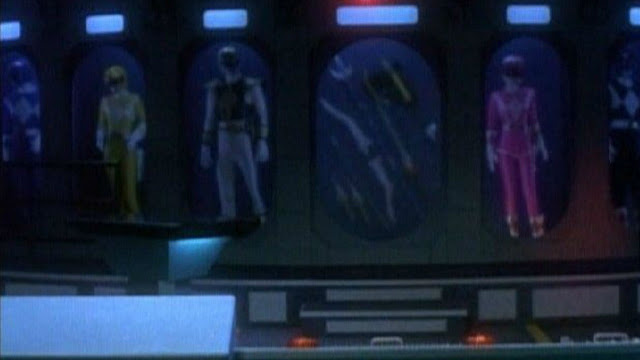 2. Power Rangers Zeo – Power Chamber
The Zeo Power Chamber is one of the best bases it is hidden away from everyone and underground of a base believed to have been destroyed already. But I also love the Zeo Power Chamber because it honored the legacy by having the Mighty Morphin’ suits and weapons in display cases, nice touch. 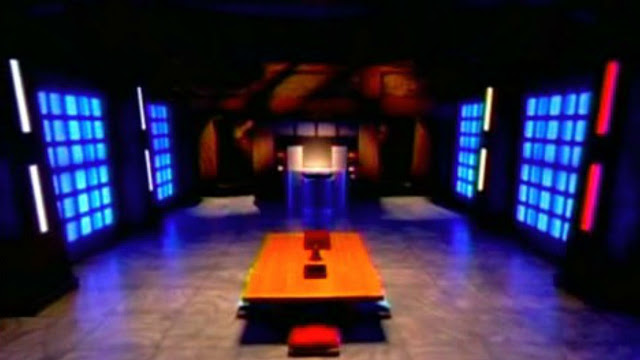 1. Power Rangers Ninja Storm – Ninja Ops
Ok, first it is hidden away in mystical mountains and then hidden again underground, plus protected by defenses and technology.
Agree with my list? Disagree with it? Keep that conversation going and share yours in the comments below, or on our Discord!
For Power Rangers anytime, anywhere check out Power Rangers and Ranger Nation
Follow & Like On Twitter, Facebook, Google +, YouTube, & Instagram 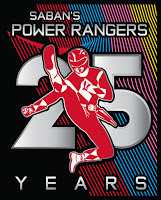 Let us know in the comments what you think of this Power Rangers Announcement and don’t forget to follow us on Twitter for the latest Previews, Reviews, News and Interviews!
All images are courtesy of Power Rangers