Emotions run high in Milky! A combination of comedy and sci-fi, the series follows a milkman and an ignorant group of people banding together during an alien invasion. I spoke with the creator about the alien-infested world of Milky.

Vikinder Singh, nicknamed “Milky,” is the milkman that has been working in Crafton Hill for years. He’s delivering milk to everyone, from a racist old lady to his lifelong crush Lucy Bell. When he finally gets the courage to confess his feelings, Lucy and every other woman is abducted by aliens! Now, Milky must explode some alien skulls to get his love back.

The story is created, written and lettered by Joshua Saxon. The pencils and inks are by Gian Carlo Fernando with colors by DC Alonso (Wicker). Cover artist Unai Ortiz de Zarate (Robocop: Road Trip) crafted the cover for the first issue of Milky.

The first issue of Milky will only be successful on Kickstarter if it reaches its $5,172 goal by October 5, 2018 at 3:40 AM EDT. Rewards include digital (€5) and physical (€10) copies of Milky #1, bookmarks (€25), producer credits (€200) and more. This Kickstarter will be the only place to get the first issue in print because once issues #1-4 are completed, a UK publisher, Markosia, will be releasing a collected edition. You can see other rewards on their official Kickstarter page.

Update (11/2/2018): After failing to reach their goal, the Kickstarter for Milky was recently relaunched with newly priced rewards and a $570 goal here.

I spoke with writer Joshua Saxon about the world behind Milky.

Me: A big theme in your book is prejudice. Can you tell us how this theme relates to Milky’s individual story and the invasion at large?

Saxon: Comin’ in hot with the big questions!

So Milky lives in a small English village where he’s treated like an alien because of the colour of his skin, lack of self-esteem and the fact that no one really needs a milkman nowadays.

I wanted to tell a story about why people go out of their way to make others feel bad about themselves. It’s easy to say it’s because they’re just arseholes – but I reckon it’s probably more to do with their own fears and insecurities.

I once interviewed a young man who was campaigning for a far-right political party in the UK that many consider to be racist. I asked him why he joined and he said he’d been beaten up by a group of Asian lads.

And that was that. That one tragic personal experience was enough for him to fear an entire continent of people.

Was it the right response? I really don’t think so. But was he an arsehole? No. Not deep down. I think he was just hurting and scared.

Fear can be useful sometimes. But often it’s about the most dangerous thing there is.

Did I mention it’s a comedy? 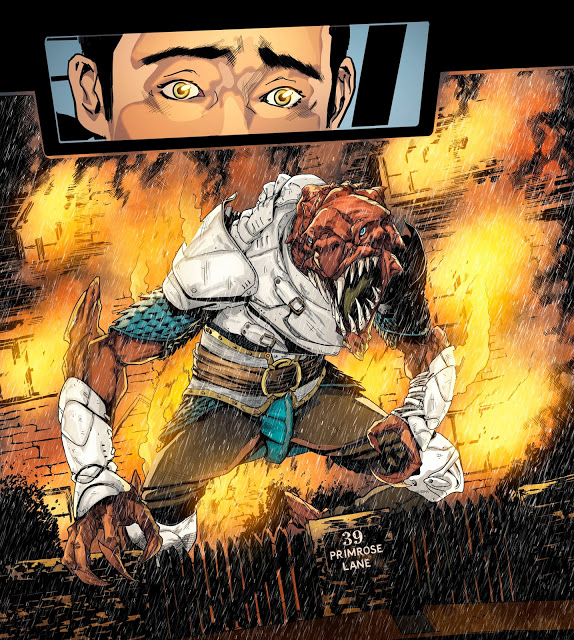 Me: If the aliens in Milky could do a crossover with one other alien species from pop culture, which would you pick and why? How would their first meeting go?

The aliens in Milky think they’re the most superior race in the galaxy, so they probably wouldn’t be inviting E.T. round for a cuppa any time soon.

Their leader Lord Moofu might manage a quick half with Thanos though, but I feel like it’d quickly descend into name calling and a punch-up…

Me: The Kickstarter mentions that people who enjoy Mark Millar, Edgar Wright, and James Gunn’s humor would enjoy this. What aspects of their humor are you tapping into with this comic?

Saxon: I think these writers draw humour from how impossible the situation seems for their rather ordinary characters.

A teenager who becomes a superhero despite having no powers. A down-on-his-luck retail worker who fights a zombie invasion. A music-loving orphan who grows up to save the galaxy…

So I thought, what if the village milkman was suddenly the most important person in the universe? 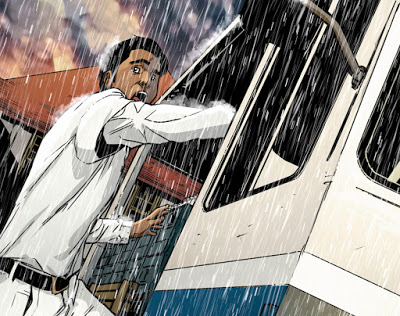 Me: How did you go about finding and choosing your creative team for this series? Why were they the perfect fit for what you were going for?

Saxon: I love that we have an international team working on Milky, because it really speaks to the heart of the story.

I met Gian (from the Philippines) in a comic book forum and he dug the script. He’d worked on some great books that I thought looked amazing.

We found DC Alonso (from the north of Spain) on Facebook where he shares his colouring work and we were so happy when he said he’d join the project. He works with Unai Ortiz de Zarate, who did a cracking cover for us.

Of course, you never really know if a team will be a good fit before you get started. But they’re all so great to work with and have delivered such stunning artwork.

Saxon: Markosia is one of the UK’s leading publishers of graphic novels.

I asked around and people said Harry Markos is a super good guy who works hard to promote the books he publishes. So that made me feel that Milky would be in good hands over there.

Work on issue #2 is already underway, so we hope to get the collected edition into people’s hands by around Spring 2019. 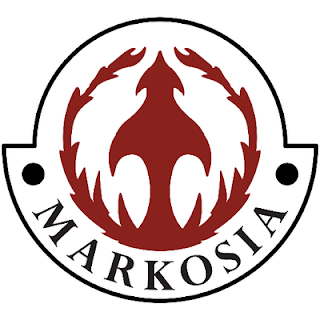 Saxon: Because they like the sound of the story and they’re excited to read it.

Our aim is to recover some of the production costs (it can be super expensive to make a full-colour comic book) and learn from people’s reactions to the first issue as we’re creating the rest.

Kickstarter is an amazing platform to get things made that otherwise wouldn’t see the light of day and we’ve had a lot of support from friends and family.

Our goal is ambitious because I believe good artists should be paid well for their work.

We are hilariously short of reaching it – but I’ve already learned a ton and if we fail, I’m confident we can come back stronger after I’ve sold a few kidneys to keep production moving. 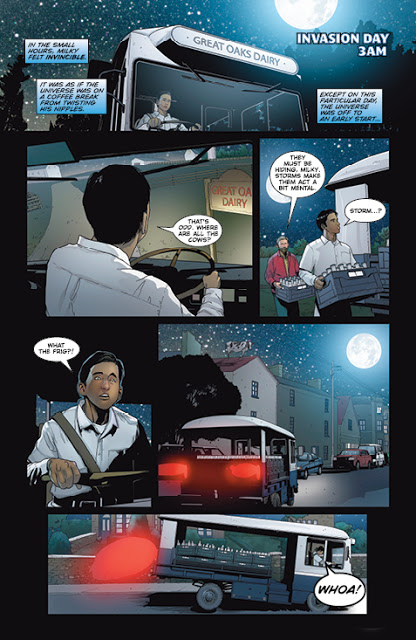 Saxon: I’ll share a bit of soppy sentiment with you…

In the next few years, my ultimate goal is to start a family with my amazingly supportive and super cool other half, Hannah.

And I expect at some point in the future our kid is going to ask, “Hey, Dad. What did you want to be when you were younger?”

And I’ll say, “I wanted to tell stories.”

So the kid will be like, “Cool! What happened?”

Now at this point, I can either make some sort of excuse about life getting in the way (which of course it has a tendency to do).

Or I can hand them a published book and say, “I went ahead and did it. Now go and do whatever you want to do with your life.

“Just don’t read this book. It’s full of bad language and awesome violence that you’re way too young for.”

So my advice would be to do as much research as you can, practise, learn – but in the end you just need to get on with it and put yourself out there.

Be prepared to fail and take feedback from people – this is where you learn. It can hurt a bit sometimes, but it’s also what’ll make you a stronger person.

But you can always give me a shout on Twitter @saxon_joshua or hello@milkycomic.com and I’ll happily share the little I do know.

Me: Thanks for the advice, and for taking the time to give us a glimpse into the world of Milky! Readers, if you’re interested in checking out the invasion for yourself, see their Kickstarter here.

My Girlfriend is a Mermaid!? on PC and Nintendo Switch