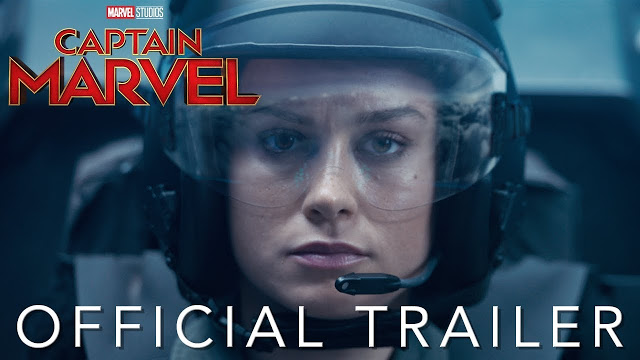 It has been almost five months since we saw Nick Fury send an alert to Captain Marvel in the post-credit scene of Avengers: Infinity War and now we get our first look at the trailer as it premiered during Good Morning America. Set in the ’90s we get a glimpse of her origins and maybe a little insight as to why Nick Fury reached out to her in his final moments.

The trailer opens with Carol Danvers falling from the sky crashing through a Blockbuster Video store then a voiceover by Nick Fury as we see this stranger in a strange land being introduced. Fury tells her that he was ready to “hang it up until I met you today”, and “we need you.” During this we see her having flashes of her life on Earth and possible conditioning that lead to her forgetting that past on Earth. We then see the Skrulls and that they are everywhere pretending to be us as Carol punches an old lady on a bus that we hope is a Skrull in disguise and not her just wanting a seat (hey it happens). 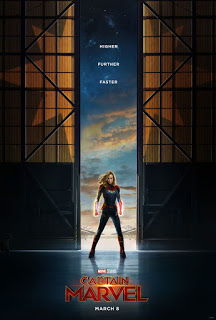 But that wasn’t all we got, we also got to see the first CAPTAIN MARVEL movie poster featuring Brie Larson as Captain Marvel, taking us: Higher. Further. Faster.