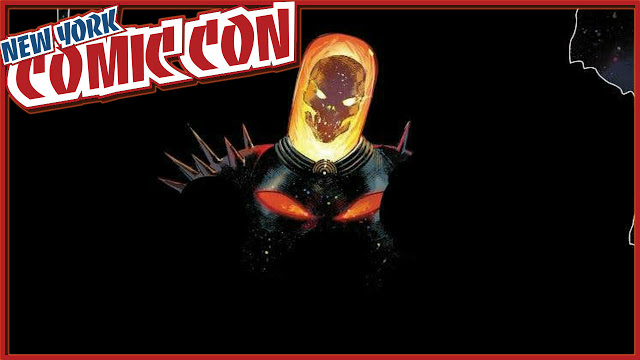 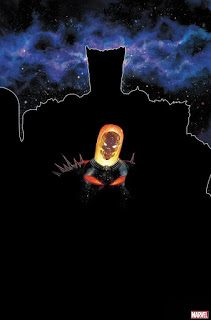 There should be no surprises with this member as Cates and Shaw created the spacefaring Frank Castle in Thanos #13. The teaser image follows Marvel’s standard shadowed silhouettes with each member being revealed with each new teaser image. From the image we can give a guess as to who at least two other members will be the outline of Groot is undeniable and to his left looks to be the top of a Nova helmet and with Richard Rider‘s ties to the team it isn’t too much of a leap that he may join the team. Another possible member could be Rocket Racoon given that he is never too far away from his buddy Groot.

The universe is on fire. Hundreds of worlds are at war. Never has there been such hatred and division across the cosmos. And in spite of all this, Thanos of Titan is still dead…or is he? Now, more than ever, the cosmos needs the Guardians of the Galaxy…but in the aftermath of the Infinity Wars, who is left to answer the call? Featuring every cosmic Super Hero in the known universe, a new adventure is set to begin.

“My first job at Marvel, with ‘Thanos Wins’, was inspired by the work of my hero, one of the greatest cosmic storytellers ever, Jim Starlin. So being able to tell that Thanos story was a dream come true. And now that Thanos has died in the pages of INFINITY WARS, my best friend Geoff Shaw and I could not turn down the opportunity to tell a story set during the fallout of the Mad Titan’s death.”

“Geoff and I always lean towards stories that are a little bit loud, and in space, the stakes and action can be bigger than anywhere else. This was our chance to do things we’ve always wanted to do. To tear #$%@ up.

And of course Cosmic Ghost Rider is on the team. How could he not be?”

GUARDIANS OF THE GALAXY by Donny Cates and Geoff Shaw, coming in 2019 from Marvel Comics.