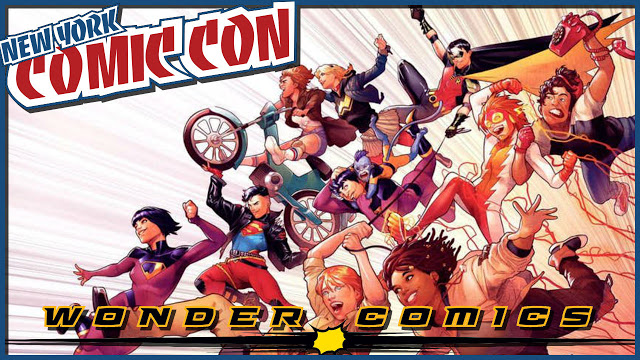 Whenever DC publishers Dan DiDio and Jim Lee host a “Meet the Publishers” panel to kick off New York Comic Con it’s always full of surprises for the fans who attend, and this afternoon’s curtain-raiser was no exception.

In addition to talking about the success of books like Tom King’s HEROES IN CRISIS and the success of the Walmart 100-Page Giant comics, the publishers revealed their first surprise to fans when they invited superstar writer Brian Michael Bendis to the stage to talk about his work on SUPERMAN and ACTION COMICS, as well as his creator-owned stories from Jinxworld. 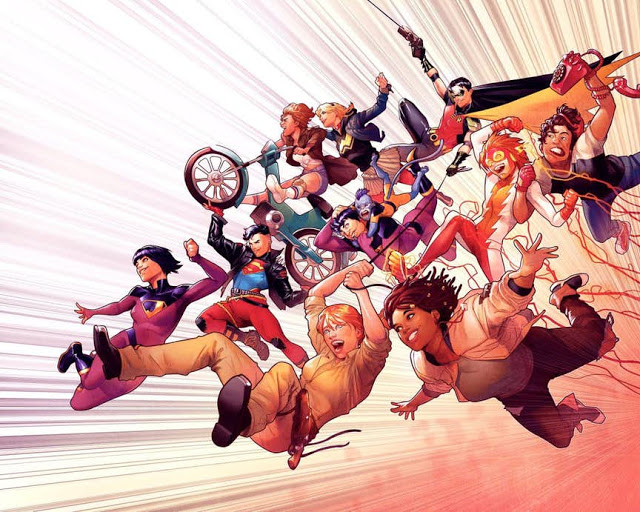 But Bendis came with news of his own, revealing the first details of WONDER COMICS, his personally curated line of teen-focused, in-continuity comic books scheduled to debut in early 2019. The line will be anchored by the return of Impulse (Bart Allen) and Superboy (Conner Kent), teaming up with Robin (Tim Drake) as the nucleus of an all-new YOUNG JUSTICE, which Bendis will write with art by his ACTION COMICS partner in crime, Patrick Gleason. As a tease for his Saturday evening spotlight panel, Bendis also announced the rest of the first wave of titles:

The panel had even more surprises in store: Dan DiDio made reference to a recent interview on DC Daily where he talked about finding some old sketches and designs for a 1980s-era comic and toy line called Primal Age. With an announcement by Funko of a new retro-style barbarian fantasy-themed action figure line called DC Primal Age, Dan had to confess that the interview he did was part of a larger stunt and there was never a comic planned.

However, the joke was on Dan when DC writing icon Marv Wolfman took the stage. Wolfman spoke with Dan and Jim about his plans to write a comic book based on this new line of toys by Funko, with art provided by Scott Koblish. Titled DC PRIMAL AGE, Wolfman revealed initial details about his story, explaining the mythos behind the toy line and how it will be rooted in the sword and sorcery genre, reminiscent of DC comics like WARLORD and HERCULES UNBOUND. In addition, the DC PRIMAL AGE comic will also include several short stories featuring DC characters rendered in the style of Funko’s new action figure line.

See what happens when you miss the publishers’ panel?