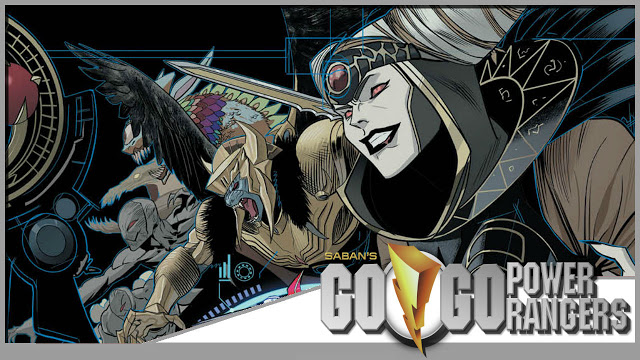 BOOM!  Studios has shared with Comic Frontline the MORPHENOMENAL preview of  GO, GO POWER RANGERS #13! The next prodigious issue kicking off a major new storyline in the aftermath of Shattered Grid. Arriving in comics shops worldwide on October 10th, this issue continues the story following Shattered Grid, the first comic event in the twenty-five-year history of the global franchise as writer Ryan Parrott and artist Eleonora Carlini brings another issue that every Power Rangers fan must read! IT’S PREVIEW TIME!

–  Dafna Pleban, Senior Editor, BOOM! Studios
After coming face-to-face with the Ranger Slayer, the Mighty Morphin Power Rangers are still trying to make sense of the incredible encounter and settling back into their normal teen lives.  Little do they know that Rita Repulsa is setting into motion a plan to retrieve an artifact that might be the key to besting Zordon and the Rangers once and for all – the Green Power Coin!

Copies of Go, Go Power Rangers #13 will be available for sale in October 10, 2018 at local comic book shops or at the BOOM! Studios webstore. Digital copies can be purchased from content providers like comiXology, iBooks, Google Play, and the BOOM! Studios app.

We are over 500 Backers, and around $250 away from reaching 10K! Thank you all for the wonderful last day for this campaign: https://www.kickstarter.com/projects/comicuno/the-dancer-1-a-psychological-martial-arts-thriller?ref=creator_nav

We have 99 followers on the Pneumatic Cases #3 Prelaunch Page! Who's going to round us out and get us to 100?! http://lastemberpress.com/pc3 @JohnWComicsGuy @hueville @LastEmberPress