This week, go on an interplanetary journey with Dr. Mordecai Crowley. In his all-ages space adventure, readers will discover new alien species and witness strange happenings along as Crowley researches outer space in Mordecai Crowley’s Journal of Interplanetary Travels.

The 100 page hardcover volumes of this story are set in a retro-futuristic past and feature an illustrated journal format. In the first volume, Dr. Mordecai finds and documents new alien species; he continues his search in the second volume, and comes upon some mysterious happenings as well.The graphic novel is created, written and illustrated by Michael Murdock. His illustration and design work has appeared in place such as the New York Times, Pottery Barn and Utah Business Magazine.

Both volumes of Mordecai Crowley’s Journal of Interplanetary Travels are available when you pledge money to the Kickstarter. You can spend $12 for a digital PDF of Volume 2 and $18 for digital PDFs of both volumes. Or you have the option to choose the $25 reward tier for a signed hardcover copy of Volume 2 or the $50 reward tier for both hardcover volumes, plus alien destination postcards). Consider pledging money to the Kickstarter here.

I spoke with creator Michael Murdock about his “retro-futuristic” adventure.

Me: How would you describe Dr. Mordecai Crowley and his job?

Murdock: He is an explorer. After exhausting all of the places to explore on Earth, he decided to point his eyes towards space.

Me: You call this a “retro-futuristic” adventure. How did you combine these seemingly contradictory terms and why did you want to put them together in the first place?

Murdock: I love vintage sci-fi. If you look at some of their ideas about how the future would look, it is really remarkable. I decided to focus on a time period in the past, where an explorer created a space ship that, in reality, was far too advanced for the day. 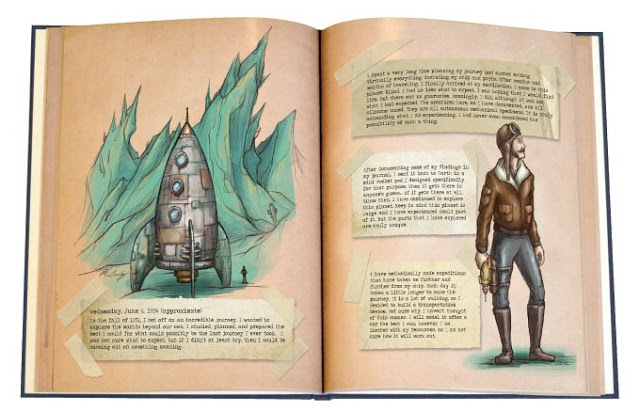 Me: You mention how, in vintage sci-fi, they had some remarkable ideas about how the future would look. Could you give a couple examples of these works that inspired you here?

Murdock: Planet Comics is a great example of some of the types of work that I love. There is some amazing imagery that shows off their concept for the future. Here is an online resource for them to check out: http://comicbookplus.com/?cid=878

Me: Which alien species was your favorite to create and why in volume 1 and in volume 2?

Murdock: Volume I focuses more on the robots (which I love drawing), so I liked all of them, but the Crab Bot in particular turned out great.

Volume II goes further into the planet and discovers some biological aliens on it, some of whom are involved in some shady dealings. One alien species in particular, the Gra, were fun to come up with and draw. 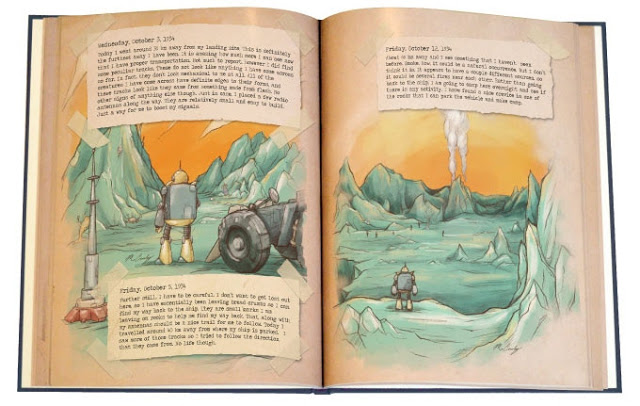 Me: What would you say are some of the works that inspired the robots in your series and how did they inspire you?

Murdock: For Volume I, I got a lot of inspiration for the robots from our own world. I looked at old zoological drawings and tried to emulate the look and feel of some of those, but with a twist. A robot twist.

Me: If you could go to one planet for a day, which would it be and what would you do?

Murdock: I know technically it is a dwarf planet, but I think Pluto would be cool. Being so far away from everyone else, seeing things never before seen. I think it would be incredible. 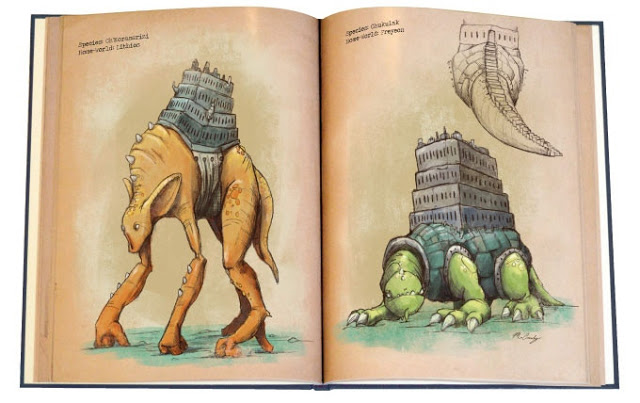 Me: What is the number one reason why you think people should pledge money to your project?

Murdock: With the first book, I have had so many people tell me how much their kids love just looking at the pictures and reading about them as they go to bed. I think that more than anything is the reason why. It is an interesting, fun book to read, that doesn’t talk down to kids or anything, but is also not offensive. It helps them to imagine what could be.

Me: What are your plans for the future of this series? If you’re planning it, can you tease a bit about volume 3?

Murdock: For the future, I am planning on continuing the story. I may switch up the format though, and create a comic book, rather than the format I have created now. It is still up in the air though. I have also started concepting a game in this world as well… we’ll see how far that goes though =) 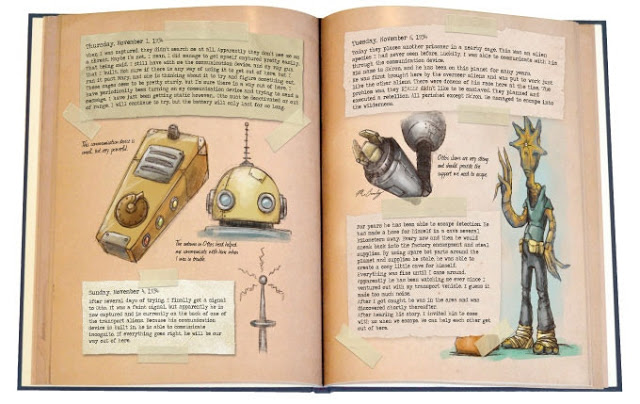 Me: What inspirational words do you have for aspiring writers/artists?

Murdock: Well, being more of an artist than a writer, I would say that the important thing is to just start getting it out of your head. It’s fine to ideate, but once you start putting it on paper, that is where progress starts.

Me: Thank you for taking the time to explore the galaxy with us, Michael. If you’re reading this and interested in taking the journey for yourself, check out Michael’s Kickstarter here. 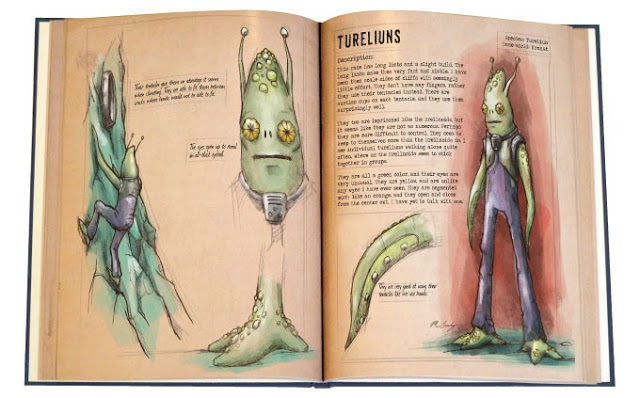 The S Factor: A new reality for superhero detective comics

The Chimp With The Brown Hat Vol #1: The First Banana Western