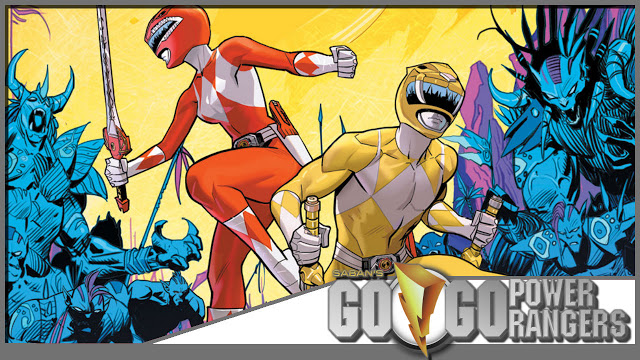 BOOM!  Studios and Hasbro has shared with Comic Frontline the MORPHENOMENAL  preview of  GO, GO POWER RANGERS #14! The next prodigious issue continuing a major new storyline in the aftermath of Shattered Grid. Arriving in comics shops worldwide on November 14th, this issue continues the story of Rita‘s quest to unearth her ultimate weapon as writer Ryan Parrott and artist Eleonora Carlini brings another issue that every Power Rangers fan must read! IT’S PREVIEW TIME!

–  Dafna Pleban, Senior Editor, BOOM! Studios
Separated for the first time since becoming Power Rangers, the teens must use their wits and inner strength to overcome the odds and distance between them, just as Rita Repulsa comes ever closer to unearthing her ultimate weapon!

Copies of Go, Go Power Rangers #14 will be available for sale in November 14, 2018 at local comic book shops or at the BOOM! Studios webstore. Digital copies can be purchased from content providers like comiXology, iBooks, Google Play, and the BOOM! Studios app.