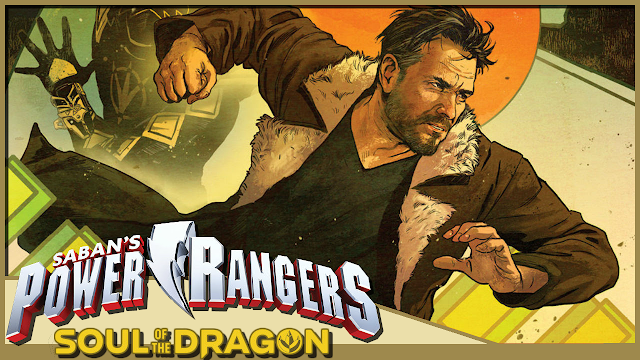 IT’S MORPHIN TIME, in this powerful next chapter for Tommy Oliver, one of the most iconic Power Rangers in history. It’s been a long time since Tommy Oliver has served as a Power Ranger. He’s defeated space witches, brought down evil armies, protected the galaxy, but now Tommy leaves protecting the world to the Power Rangers at Space Patrol Delta. But when his son goes missing, it’s up to Tommy to discover a secret in his past, in order to save his future. Now Tommy will call on all his training, his friends, and maybe even some of his enemies as he sets out on his most important mission: find his son and bring him home.

Copies of SABAN’S POWER RANGERS: SOUL OF THE DRAGON will be available for sale on December 5, 2018, at local comic book shops or at the BOOM! Studios webstore. Digital copies can be purchased from content providers like comiXology, iBooks, Google Play, and the BOOM! Studios app.

Currently, Power Rangers is celebrating 25 continuous years on the air, making it one of the longest-running kids’ live-action series in television history with nearly 900 episodes aired to date. Created by Haim Saban and launched in 1993 with Mighty Morphin Power Rangers, the franchise celebrates its milestone anniversary year with the 25th season, Power Rangers Super Ninja Steel currently airing on Saturdays at 12 p.m. (ET/PT) on Nickelodeon in the U.S.
To find a comic shop near you, visit Comic Shop Locator or call 1-888-comicbook.
For comics anytime, anywhere check out BOOM! Studios Store and BOOM! Events
Follow & Like On Twitter, Facebook, & Tumblr
For Power Rangers anytime, anywhere check out Power Rangers and Ranger Nation
Follow & Like On Twitter, Facebook, Google +, YouTube, & Instagram