Join us on the Frontlines with our weekly review roundup. This is where we have assembled to give our thoughts on various issues that are released each week. This week we have Jay, & Kat giving reviews for books from IDW Publishing, and Marvel  Comics! Check out the reviews below and let us know what you think in the comments below or on Twitter. Welcome to the FRONTLINE  REVIEWS, hope you enjoy the experience! 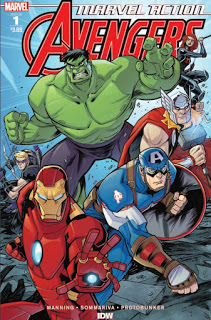 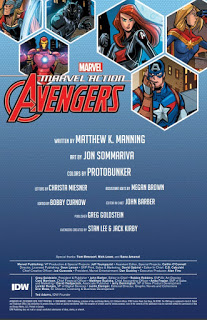 The Avengers Assemble when Tony Stark is kidnapped by A.I.M. but that isn’t the only threat they will have to face. This is a part of a new line of Marvel comics produced by IDW Publishing geared towards all-ages much in the same way their animated series on Disney XD have been as of late. This issue is fun with action and adventure right from the go, but as a first issue it doesn’t set up who the characters are, which is something I think is needed especially for an all-ages book. But that doesn’t make this any less entertaining. The book has all the super heroics you want in an Avengers story with some light-hearted humor, good old humor, and not bogged down by continuity. While this isn’t an adaptation of the Animated Avengers series, it does share similar style so if you are a fan of those series and some fun this may be the series for you, it is for me! ~ Jay @ComicBookTheate 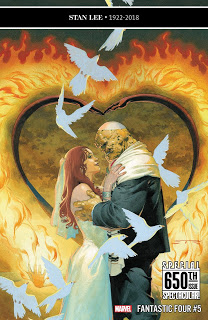 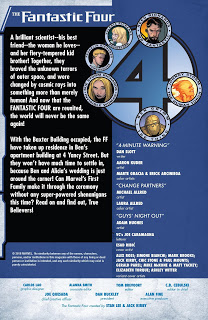 The day is finally here, Benjamin Jacob Grimm and Alicia Reiss Masters get married, but not without some shenanigans. This issue was a long time coming and it was worth it. Dan Slott really knows the First Family of Comics and it is showcased here with some flashbacks and some wedding prep. I loved how Reed was his usual distracted self but like always we find out that those distractions come back and save the day for Ben and Alicia. The brotherly bond with Johnny and Ben was very touching while the bond he shares with Sue is just as strong and touching. But this issue wasn’t just about the wedding we do get a little bit more about the 4 Yancy Street Headquarters and some of the family dynamics. The art was rough at points with some teams not being my favorite, but even they were at the top of their games. ~ Jay @ComicBookTheate 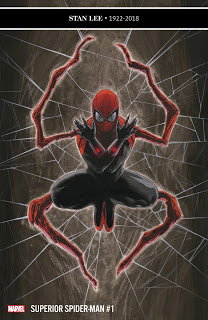 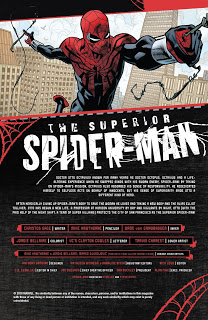 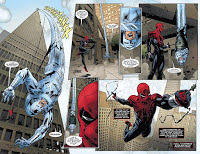 The die has been cast again as the Superior Spider-Man sets up shop in San Francisco, but how long can his true identity be kept a secret? I know Slott’s Superior Spider-Man was controversial, but I liked it as a work unto itself, it was a strong story and Gage has taken that baton and kept it going strong. This first outing has a lot of set up that leaves you wanting more. This is how you do a new-reader friendly first issue while not retreading and recapping things for long-time readers. The use of flashbacks was nicely done and used in the right amounts. The art is very tight. The creative team on this book were nicely selected as you feel like this is the organic continuation of Otto’s Superior story in both script and visual. ~ Jay @ComicBookTheate 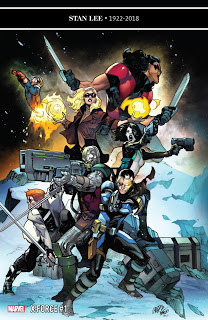 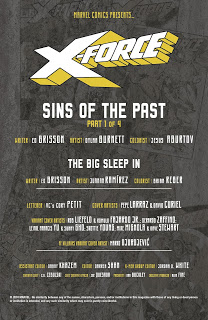 Spinning out of Extermination is the return of X-Force. You thought all the young X-Men characters went back to their time, well don’t worry we still have a young Cable running around, and the X-Force team are on the case. If you’re a lifelong X-Force fan you’ll enjoy this as the team has a clear espionage mission, but as someone who has never been interested in this side of the X-Men, I can’t say this issue grabbed me. It’s a little bit too much by the numbers for me to become invested in this team or their mission. The story has a classic feel, but Dylan Burnett’s lanky figure work is a weird choice for this 90’s favorite. Overall, X-Force #1 is a fine addition to the franchise but doesn’t put the team on an exciting enough mission for this X-fan to continue. ~ Kat @ComicUno

There will be no Frontline LIVE this week Tuesday, January 1st, but you can still share your Top 5 and see what the Frontline Six’s are on our Discord!