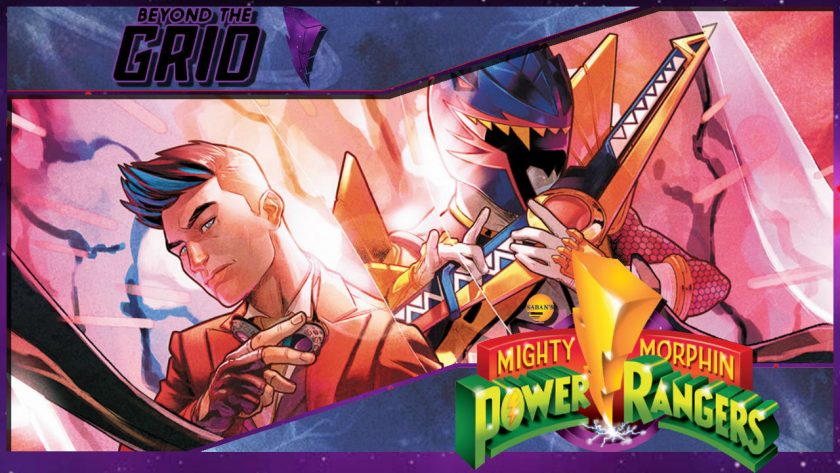 BOOM!  Studios have shared with Comic Frontline the MORPHENOMENAL preview of  MIGHTY MORPHIN POWER RANGERS #35! The next issue of BEYOND THE GRID! Arriving in comics shops worldwide on January 30th, this issue continues BEYOND THE GRID in a stand-alone issue discover the origin of the mysterious Dark Ranger, as writer Marguerite Bennett and artists French Carlomagno & Francesco Mortarino deliver a story that every Power Rangers fan must read! IT’S PREVIEW TIME!

BEYOND THE GRID continues… The mysterious new DARK RANGER is the man known as Heckyl – and his origin is revealed for the first time in this stand-alone issue.
MIGHTY MORPHIN POWER RANGERS #35

Copies of Mighty Morphin Power Rangers #35 will be available for sale on January 30, 2019, at local comic book shops or at the BOOM! Studios webstore. Digital copies can be purchased from content providers like comiXology, iBooks, Google Play, and the BOOM! Studios app.

Currently, Power Rangers is entering its 26th continuous year on the air, making it one of the longest-running kids’ live-action series in television history with nearly 900 episodes aired to date. Created by Haim Saban and launched in 1993 with Mighty Morphin Power Rangers, the franchise continues with the 26th season under Hasbro, Power Rangers Beast Morphers is set to air on Saturdays at 12 P.M. (ET/PT) on Nickelodeon in the U.S.