A comic book over 10 years in the making, The Damned Knight is a black-and-white origin story of a medieval knight’s journey through life, death and the afterlife. I spoke with the writer about his passion project.

Nathan Webb (Britformers) wrote and drew The Damned Knight over a decade ago. This 28 page medieval era story is set in the Avebury stone circle. It is a necromantic fantasy horror comic book that pursues the themes of love, war, betrayal and mystery.

I spoke with Nathan about The Damned Knight below.

Me: What is the personality of the fallen knight in The Damned Knight like and why will readers enjoy going along on his journey?

Webb: The Damned Knight is a fallen hero both physically and spiritually. Once he was an ideological warrior who fought for his beliefs; but death changes a person. Can TDK find redemption, or is he damned to live an afterlife of hatred and violence?

Me: You drew this story over 10 years ago—why did you decide to go back to it and put it on Kickstarter? And have you made any changes to it since then?

Webb: I wrote and drew The Damned Knight over a decade ago, with the hope of having it published in an anthology book, but sadly it never happened.

After a stint in the Army I decided to return to drawing comics, which was a passion of mine in my youth.

Last year I did a Kickstarter, Britformers #1, which was a collaboration with a friend who had experience with crowdfunding. After seeing how simple and rewarding KS was, I decided it was time for me to revisit a story I had never quite managed to get to fruition. TDK was always meant to be an origin story, but it works well as a standalone story; if the book takes off I may well write a sequel.

Upon rereading TDK I realised just how bad my spelling and grammar was, so the first thing I had to do was re-letter the entire book.  I also had to redo the cover title as graphic design has changed a lot in the last decade and the old cover looked quite outdated. But the artwork itself has remained unchanged.

Me: For people unfamiliar with the Avebury stone circle, how would you describe it and why did you decide to include it in your story?

Webb: Everyone knows of the Stone Circle in Salisbury (Stonehenge) but few people outside of my home county of Wiltshire have heard of the Avebury Stones, which is actually the largest ancient stone circle in Britain sporting over 100 stones and a circumference of several miles. I’ve always been fascinated by Avebury and its dark and sordid history, which made it all the more creepy because it still, to this day, is a largely undiscovered tourist attraction.

Me: You went with a modest $459 goal. How did you come up with this number and what will it help you achieve?

Webb: Having already found a printer familiar with comics on my last Kickstarter, I had a fair idea of prices and my initial goal was simple to cover at cost the minimum order and postage. Thankfully the KS has already surpassed the minimum requirements and hopefully if TDK gets enough backers to fund a larger print run I might actually turn a profit. 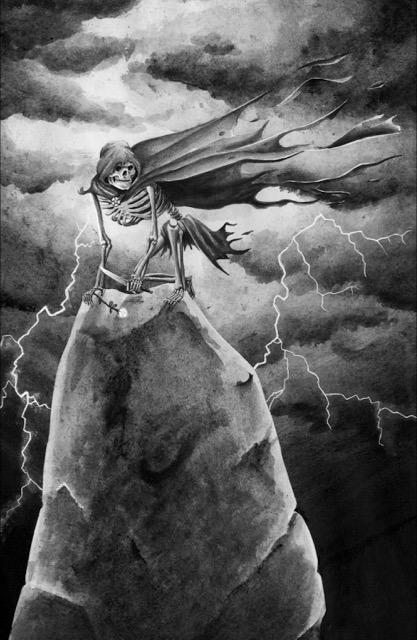 Me: What is the number one reason why people should pledge money to your Kickstarter project?

Webb: Anyone who’s a fan of horror, fantasy or medieval comics should find TDK a riveting read and the more people that back it, the more likely it is I’ll be able to create the sequel.

Me: For people unfamiliar with your previous work, what can you tell them about your last Kickstarter, Britformers?

Webb: My previous Kickstarter was a very different comic in many ways, transforming robots in 1960s London. But as with TDK the main character is an anti-hero, so maybe that’s a theme that both books have in common. Anyone wishing to read Britformers #1 can buy it digitally or physically from our Facebook page. 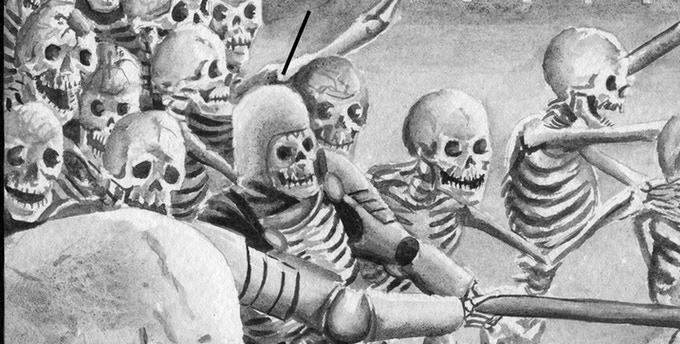 Webb: It’s only taken a decade to get this book to print but it’s made me realise I should never give up on a dream.

Me: Thanks for taking the time to answer my questions, Nathan. If you’re reading this and interested in seeing a medieval knight’s journey through life, death and the afterlife, check out the Kickstarter for The Damned Knight here.

THE GOOD FIGHT: A Peaceful Stand Against Bigotry and Racism